After the superb public response to direcror Selvakannan's Nedunalvaadai, the team held a succes meet recently. 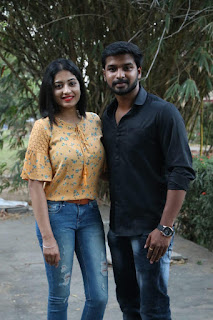 Poet Vairamuthu who has written the much appreciated songs, was present at the event, as was heroine Anjali Nair and hero Ilango. Both the hero and the director recounted how they had met Vairamuthu earlier on in thier lives and how he was an inspiration to them to pursue their  film dreams, with his encouraging words.
Heroine Anjali thanked her parents along with the team and recounted that  she never imagined that the film would achieve such kudos from the public.
Ilango also thanked Mime Gopi, who had shown his photo to the casting team due to which he was finally selected for a role and a career that has changed his life forever. Director Selvakannan said he was thrilled to have Vairamuthu's lyrics in his film which for him was the biggest achievemnt in his life.