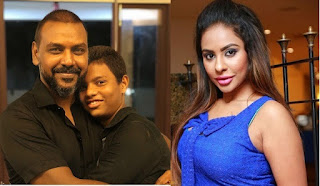 Press Note: Hi dear media friends..! Shyam came to me as a small baby now he has grown up till my height..  God has given me opportunity to bring up these children, I thank god for this opportunity.. it’s been 13 years since my trust started... because of your support it’s running successfully. thanks for your support and blessings. And one more thing , I want to clarify about Sri reddy issue. This issue is not a big thing for me and I didn’t worry about it but all press people are calling me and asking for clarification so i think it’s time for me to clarify it to everyone. Sri reddy has told that she meet me during the making of Telugu rebel movie it’s already been 7 years since I did rebel movie then why didn’t she report this 7 years back itself ? Okay leave that. she told that she came to my hotel room and I misused her. She also stated that she saw god’s photos and Rudraksha mala in my room. .. I am not a fool to keep Rudraksha mala at hotels and do Pooja. I’m direct
Read more 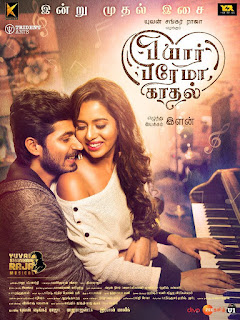 Press Note As the Sunday hours of twilight had its occurrence, the musical dews of Yuvan Shankar Raja kept everyone enchanted in frozen delight. The entire auditorium was spangled with dazzling red lights imbibed with splendiferous art works. The show started off with a beautifying embellishment of love tribute to Tamil cinema where evergreen love stories from 1940 to the current year were screened. Director Elan looking awesome with his cool looks said, “After making short films, I got an opportunity to work with Fox Star Studios. But it didn’t happen due to some reasons. After realising the reality of cinema, I tried my best to write a new script based on love. Surprisingly, I got a call from Yuvan Shankar Raja sir office asking that if I have a love Based script. It was an astonishing coincidence. Moreover, I was so much excited to hear that Yuvan sir would be composing music. This is how Pyaar Prema Kadhal happened.” Producer K Raja Rajan said, “Yuvan sir was so much
Read more
More posts