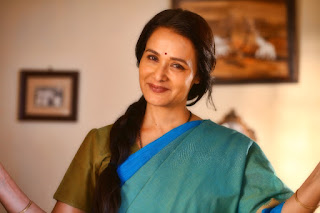 Out of the box stories never fail to impress fans. Dream Warrior Pictures is a company that has always entertained fans with such stories. The company's next release is 'Oke Oka Jeevitham' in Telugu, titled Kanam in Tamil. Actor Suriya has released the teaser of the film on his Twitter page. It has attracted a lot of attention in social media. . Various film personalities have been congratulating the film crew. Directed by debutant director Shree karthik, the film stars Amala Akkineni, Sharwanand, Nasser, Ritu Verma, Satish, Ramesh Tilak and MS Bhaskar among others. Sujith Sarang is the cinematographer, Jakes Bejoy is the composer, Sreejith Sarang is the editor and Satheesh Kumar is the art director. About the teaser release of the film, director Shree Karthik said, " 'Oke Oka Jeevitham' is a beautiful sci-fi film centered on a mother's affection. I have directed it in both Tamil and Telugu.Venenla kishore and Priyadarshi have acted in important roles in th
Read more
More posts