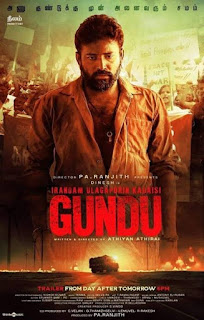 By Rinku Gupta Actor Dinesh's next release is Irandam Ulagaporin Kadaisi Gundu ( IUKG) produced by Pa Ranjith and directed by Athiyan Athirai. The film has Kayal Anandhi playing the female lead. Athiyin Athirai has used several experiences from his own life in the film, is what the director revealed at the recent audio launch " I struggled a lot working in an iron workshop,  which usually has  deadly repurcussions on the health of workers. Its a very tough life. Many of those experiences are imbibed in this film.  It was Ranjith who gave me the encouragement to direct this film and I am really grateful to him for taking me under his wing," said an emotional Athiyan.   Dinesh plays a lorry driver in the film. Kayal Anandhi thanked Athiyan for moulding her into her character and for the opportunity to work with and learn from such a talented team. Rythvika is also part of the cast. The film is readying for a grand release on December 6th.
Read more 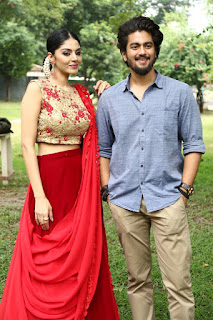 By Rinku Gupta The audio launch of actor Sanam Shetty's nect film Ethir Vinaiyaatru was held today. The film is produced by ThaayinArul Productions and stars Alex, along with R. K Suresh, Aadukalam Naren, Anupama Kumar , Sampath Raam and Lakshmi Priya. Speaking on the occasion, hero cum director Slex revealed, " People wonder how a doctor turned to acting.  But from childhood itself I wanted to act.  My mother encouraged me greatly she'd that's how I was able to fulfill my dream to act and direct.  Somehow,  working hard,  we managed to shoot this film in 24 days. RK Suresh anna is a wonderful actor.  Only after booking him first,  I went ahead with story work. " RK Suresh said, " I too wondered about how Alex being a doctor could direct a film.  But the manner in which he narrated the story convinced me he knew what he was doing. I had great faith in producer Anitha madam as well." The music is by Vedanth Baradhwaj and the fi
Read more
More posts