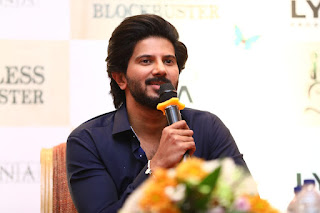 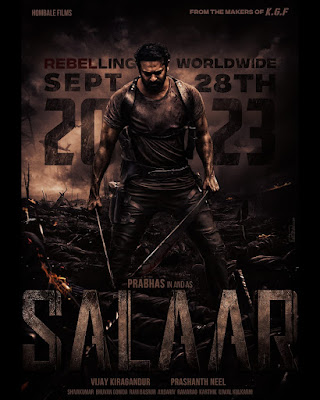 India’s highly anticipated Pan India venture Salaar starring  Prabhas, and directed by Prashanth Neel, produced by Vijay Kiragandur is all set to be released on September 28, 2023. This high-voltage actioner has been making rounds of conversations since the time the first look of the film was launched and fans cannot wait to see Prabhas in his most ferocious, rawest and massiest avatar. On the occasion of Independence day, the makers released a new poster from the film of the lead actor Prabhas, announcing the release date.  Salaar is an out-and-out mass action and adventure film which is shot around the globe in countries such as India, Europe, the Middle East, and Africa. The first installment of the project is already completed, and Prabhas will soon shift his entire focus to completing the last installment.  While the entire team is going extensive with their effort to execute the film well, the maximum grind will go into VFX for which the makers have hired a foreign studio to comp
Read more 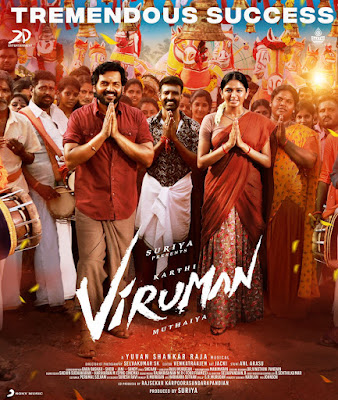 Suriya's  2D Entertainments' Viruman directed by Muthaiya is a rural action drama starring Karthi and debutante Aditi Shankar. Muniyandi ( Prakash Raj) is a money-minded  man who  has a son Viruman (Karthi), who is baying for his blood since childhood, as he holds him responsible for his mother's (Saranya) death. The story is infused with several characters, like Thaenmozhi ( Aditi Shankar in a strong debut) who plays the hero's love interest, Soori, RK Suresh, Karunas and Raj Kiran amongst others. In the course of a series of events, does Viruman succeed in making his selfish father into a reformed man? Set in the rural hinterlands, the film has every potential to attract the family audiences, with the rich color palette, catchy music ( Yuvan Shankar Raja), large family set-up, ample action blocks, emotions, romance  and sentimental focus on a father-son relationship. Karthi handles the rural avatar with his usual  ease, giving a glimpse of his Paruthiveeran days at ti
Read more 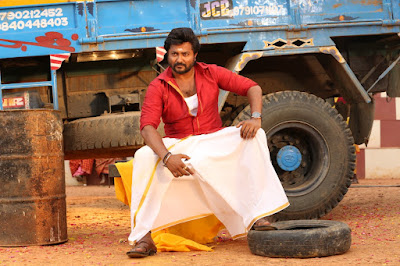