Sony Music drops yet another beautiful track ‘Deva Deva’ which is the second track from the album ‘Brahmāstra: Part One – Shiva’.

After enthralling music lovers globally with Kesariya that topped all musical charts for three weeks in a row, Sony Music drops yet another beautiful track ‘Deva Deva’ which is the second track from the album ‘Brahmāstra: Part One – Shiva’.   ‘Deva Deva’ pulsates with spirituality and a distinctly upbeat rhythm.  Tamil version Sung by Sid Sriram and Jonita Gandhi, composed by Pritam Chakraborty, and penned by Madhan Karky, the song encapsulates the magical moment in the film where Shiva, played by Ranbir Kapoor, finds the power within. The powerful lyrics of the song have a unique blend of love and devotion as Shiva, the protagonist discovers his majestic abilities of fire. The song is pivotal to Shiva’s character development in the film and does absolute justice to the concept of ‘Love, Light and Fire’. Talking about his experience of the song, actor Ranbir Kapoor shared, “I thoroughly enjoyed the song, and could relate to it on so many levels personally. The song makes one feel spiri
Read more 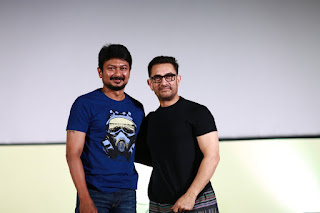 Ramu-Malashree’s daughter Radhana Ram to make her debut with Darshan in D56. 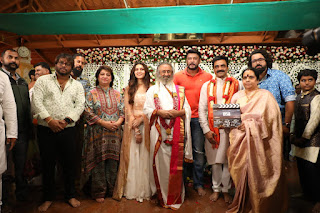 Well known producer Late Ramu and senior actress Malashree’s daughter Radhana Ram is all set to make her debut with ‘Challenging Star’ Darshan in a new film tentatively titled as D56. The film was launched on the auspicious occasion of Varamahalakshmi Festival on Friday at the Sri Ravishankar Guruji Ashram in Bangalore. Sri Ravishankar Guruji himself was present during the launch of the film and switched on the camera for the first shot of the film. The film is being produced by well known producer Rockline Venkatesh under his Rockline Productions banner and is being written and directed by Tharun Sudhir of ‘Robert’ fame. Speaking about the launch of Radhana Ram to Kannada film industry, senior actress Malashree requested filmgoers t o wish her daughter and shower their blessings on her. ‘Rockline Venkatesh ventured into production with my film and now my daughter is making her debut as an actress with a film being produced by Rockline Venkatesh, I am happy that she is making a debut
Read more
More posts