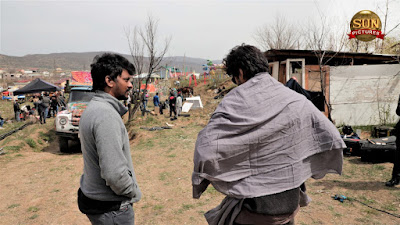 By Rinku Gupta After casting his vote for the TN Assembly elections, the next day,  Thalapathy Vijay was spotted at the Chennnai Airport by fans. Social media was abuzz with pics of him at the check in counter. The star had apparently left for the shoot of the Sun Pictures project, Thalapathy 65, to be held in Georgia. Now, the shoot has begun for the film there and the first pic of the location shoot has emerged.   Few other pics were seen of the heroine Pooja Hegde at Mumbai International airport. presumably leaving also for Georgia for the film shoot. Nelson Dilipkumar is wielding the megaphone.  Watch this space for more.
Read more
More posts