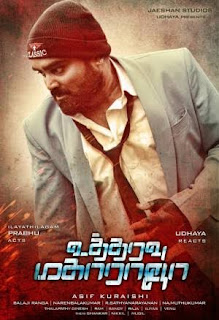 by Rinku Gupta Actor Udhaya's next film is Utharavu Maharaja. A grand press meet was held recently for the film. At the event, hero Udhaya thanked the media for thier constant support in his long struggle as an actor. Speaking about the film, he said," I must admit that the budget required was quite big so when Sriman and I heard  this script I thought I would take it on myself and produce it since I didnt think anyone would invest. The CG work has been extensive in the film.  The content is going to be of a new dimension.The support  from my cast and crew has been enormous and I couldn't have done the film without them. Nobody made any demands and worked like it was thier own film. In fact  almost the entire Nadigar Sangam is behind me in this film. " The cast includes Prabhu, Kovai Sarala and Nasser. "Prabhu sir was a great inspiration. I have learnt so much from him. In fact he is the hero of the film,"said Udhaya. The film is directed by
Read more
More posts