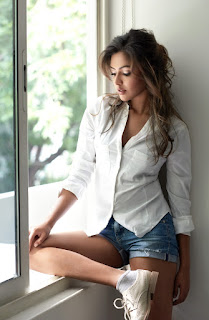 by Rinku Gupta Known increasingly for choosing unconventional roles, Amala Paul is now trying something which is touted to be a first of its kind in the Indian film industry. Amala plays the lead as a forensic surgeon in a film, directed by Anoop Panicker and scripted by Abhilash Pillai. According to the team, this is the first  time a thriller based on forensic investigation featuring a protagonist as forensic surgeon is being made in the  Indian film industry. The film revolves around her  unique methods in  solving a mysterious crime. The film is apparently  based on a real life investigative case handled by former Kerala Police surgeon Dr. B Umadathan. Both Anoop Panicker and Abhilash Pillai had been involved in deep discussions of the story with her for nearly 6 months. The duo had even visited several medical colleges to experience the work of forensic surgeons. Interestingly, the film will have almost all the technicians including editor, art and action choreogra
Read more

Its Yashika Anand and Nikki Tamboli for Yogi Babu's next ! 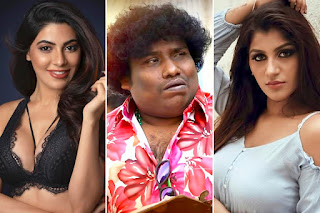 by Rinku Gupta The much -loved comedian in every film he appears in,  Yogi Babu, is on a roll, playing the lead in a fantasy drama Dharma Prabhu. Now yet another avatar awaits him, this time in the Adult horror comedy genre, that too, in a 3D format.  In this film, he teams up with not one but two heroines, which include the sizzling Yashika Anand of Iruttu Araiyil Murattu Kutthu and Bigg Boss fame and Nikki Tamboli. The emergence of the ‘Adult Horror Comedy’ genre has  gotten a mixed reception in Tamil. However, debut filmmaker Vinayak Shiva has something to add about his untitled film produced by No.1 Productions,   “I would label this film as a ‘Naughty’ genre rather than ‘Adult Horror Comedy’ for it has an appropriate content to justify it. The main thing that I kept under consideration while writing the script was to stay away from being offensive or degrading anyone. " How fans are going to react to Yogi Babu's avatar in an adult comedy remains to be seen. The
Read more
More posts