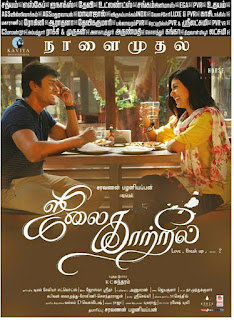 by Rinku Gupta Produced by Kaviya Entertainment and directed by KC Sundaram, July Kaatril is a refreshing take on love in the age of social media and modern work-life pressures. The story revolves around 3 youngsters ( Anant Nag and his two girlfriends at different stages in his life,played by Anju Kurian and Samyukta Menon). Sathish plays his comic friend and confidant, with the witty one-liners and gyaan on women and their wily ways. The hero is a an IT guy and finds himself interested in a psychologist ( Anju Kurian) whom he meets at a party. One thing leads to another and soon they even decide to get married with the blessings of their families who feel they are ideal for each other. However, our hero finds that the spark is missing from his love life. Its when he meets a photographer (Samyukta Menon) that he begins to feel that she is the ideal one for him. He decides to break his engagement. But to his surprise, he finds that despite a mutual  attraction and compatibilit
Read more 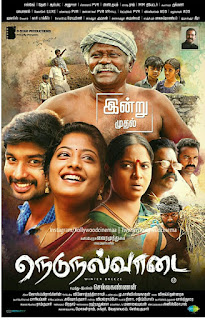 by Rinku Gupta Nedunalvaadai is a rural saga directed by Selvakannan and produced by B Star Productions. The film revolves around the story of a farmer Selaiyaa (Poo Ram) who has to support his  daughter and her two kids, after she is estranged from her abusive husband. His son resents his father's decision to take her back thus, as he feels she has lowered his social standing and also may end up  getting a share of the family legacy. This resentment puts a great fear of the future and pressure on Selaiyaa whose only goal becomes raising his grandson Ilanga (Ilango) and educating him in a way that would ensure he gets a good job and is able to support his mother and  sister. Though Ilango tries to fulfil his duties as per his grandfather's wishes, there comes an obstacle in his path, when he finds himself in love with his childhood sweetheart, Amutha (Anjali Nair).  Try as he may, he is unable to shake off the emotion. Her family is against the idea of their marriage b
Read more 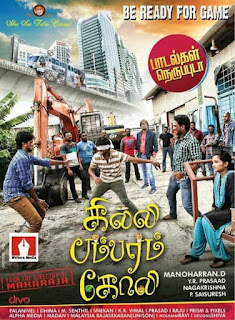 By Rinku Gupta Gili Bambaram Goli is a story revolving around a group of 3 boys and a girl who are from India and work in Malaysia to earn a living to support thier families. The foursome ( Prasath, Naresh, Tamil and Deepthi Shettty) meet by chance and end up becoming friends, all sharing a common history of having to support thier families.  Due to a series of circumstsnces they run into a local don called Chandra ( Santhosh Kumar) who lusts after the girl in the group. He threatens her to give herself up to him. Unable to put up with the gang of baddies and their constant atrocities, all four  friends end up losing their jobs. With big families to support back home, they have to find a way out of the mess.  It is then that they come up with an idea that offers a glimmer of hope, namely the game of Gilli Bambaram Goli. Do they succeed in escaping the don and his henchmen and return to pursue their dreams forms the story. Directed by D Manoharran the film is produced by Sri
Read more
More posts