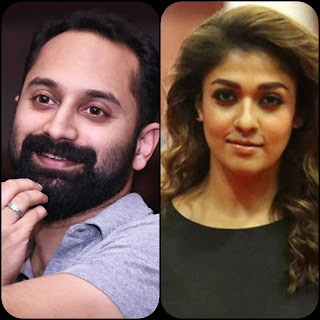 By Rinku Gupta The latest buzz is around the teaming up of a fab team of actors and a director.  Lady Superstar Nayanthara has been cast opposite Mollywood's powerhouse performer Fahadh Faasil for a film. . Titled, Paattu, the film will be directed by the hit filmmaker Alphonse Putheran who debuted with Neram ( Tamil -Malayalam) and  became a household name after the blockbuster Malayalam film Premam ( Nivin Pauly, Sai Pallavi).  Although Putheran had announced the making of the film with Fahadh, a few months ago,  only now the heroine's name has been officially announced. The pairing is already creating excitement amongst fans. The producers are Alwin Anthony and Zacharia Thomas.  The visuals of the announcement, that of a retro music cassette, are already an indication of an interesting musical story in a period setting, in keeping with the title of the film.   Interestingly, the writing, editing, composing and direction are all by Putheran himself.  Watch this space for fur
Read more
More posts