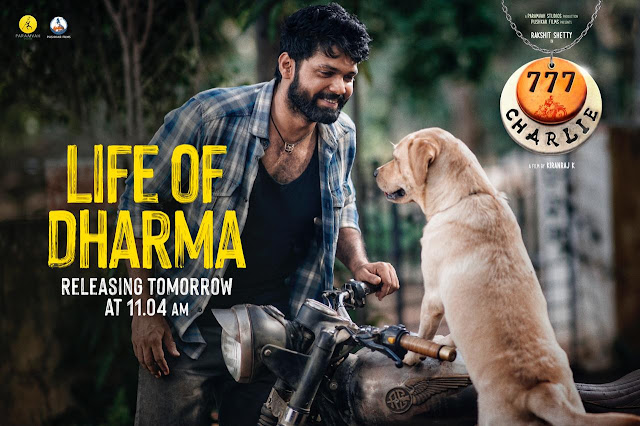 After the success of the multi-lingual release  Avane SrimanNarayana ( out on OTT), Kannada star  Rakshit Shetty is ready with his next. The film,  titled 777 Charlie,   is directed by  Kiran Raj K and had been under production before the lockdown, with shoot happening across several outdoor locations  It is a Paramvah Studios and Pushkara Films production. ‪Now, a special video about  Life Of Dharma will be releasing today,  6th June at 11:04AM on the eve of the multi faceted star Rakshit Shetty ‘s birthday‬. Fans are no doubt eagerly awaiting the video and so are we !
Read more
More posts