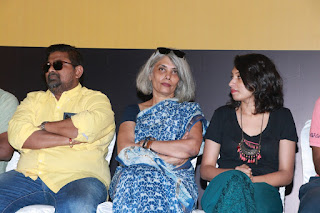 The National award winning film ‘Ba aram’ is all set to have a worldwide release on February 21, 2020. The film stars around 85 new faces performing important roles. Directed by Priya Krishnaawamy, Vetrimaaran’s Grass Root Film Company and SP Cinemas is releasing the movie. Producer Kishore, SP Cinemas said, “I am so happy that Vetrimaaran sir offered me an opportunity to release this film. It’s a film that is meant for all and I am sure it will be a groundbreaking showpiece, which has already won the hearts of National and International audiences. Ardra Swaroop, Reckless Roses said, “Being a Mumbaikar, I was completely surprise to see such a story from my mother. At the same time, there were many things to learn from it. Apart from this, the excellent performances by artistes made me awe stricken. I wanted to be a part of such an amazing film, where it imparts a valuable thought of taking care of aged people with lots of love. I am happy to be associated with my mother i
Read more 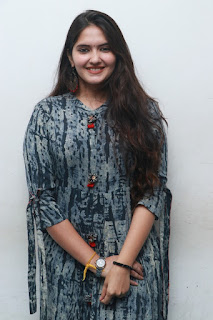 Galtha, an upcoming Tamil film based on the real life issues of dumping of medical and industrial wastes from Kerala deposited across Tamil Nadu, had its audio launched last evening in Chennai. Actor Karunanidhi, who plays a negative role in this film said, “This is a film based on a serious social issue and I have played the baddie here. The film will throw light on the origin of adangerous virus, which costs many lives. I request everyone to come and watch the film in theatres.” Actor Radharavi said, “I congratulate the entire team of ‘Galtha’ for making a wonderful movie. I am confident that the film has come out well, which is evident with the trailer. The film’s hero looks charismatic and will surely have a big time in the industry. I request all the upcoming directors to cooperate with producers putting their interests on first preference. The musical score by Jai Krish is very much commendable… While producing films, I went through lots of hardships and had lots of debt.
Read more
More posts