Both Kaithi and Bigil should do well - Lokesh Kangaraj 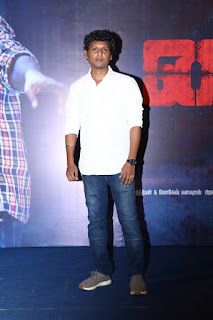 By Rinku Gupta Director of Maanagaram , Lokesh Kangaraj is excited about the release of his second film today, the Karthi starrer Kaithi ( Khaidi in Telugu). On the eve of this Dream Warrior Films'  release , Lokesh addressed the press on the occasion of his big Diwali release  and fielded questions. By a strange co-incidence his next film hero Thalapathy Vijay's  film Bigil,  is also releasing  this Diwali. " I wish success for both Kaithi and Bigil, both should do well,  said the director. Speaking about the film he said, " The story demands that it be shot only at night. The whole film is riding on Karthi's shoulders. There will be action, emotions, sentiment and mass elements as well." The film stars Baby Monica and Narain who had earlier described it as his second innings in Kollywood. There are no heroines in the film .
Read more 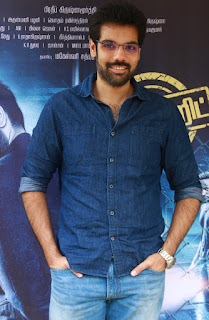 By Rinku Gupta After the hit film  'Sathya' , director Pradeep and Sibiraj are coming together for thier next film, titled Kabadadaari. Director Krishnamoorthy says, “Finally, we are happy to have zeroed in a perfect title. Actually, this was quite a challenging process as we wanted an appropriate title that befits the story perfectly.  We wanted a title that has a pure Tamil touch and at the same time easily grasped by crowds. Thanks to the earnest efforts of Dhananjayan sir, as a team, we got ‘Kabadadaari ' finalized.” So is the hero a conman in this movie?  The director remains tightlipped saying, “Titles are supposed to elevate curiousity but  not act as  spoilers. But we have come up with a unique tale that will surely entertain universal audiences.” Produced by Lalitha Dhananjayan for Creative Entertainers and Distributors, Dr. G. Dhananjayan will be the Creative Producer and N. Subramaniam the Executive Producer. The star-cast comprises of Sibiraj,
Read more
More posts