Showing posts from February 9, 2021
Show All 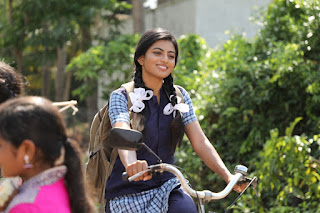 by Rinku Gupta Kayal Anandhi is very excited about her upcoming release, Kamali From Nedukkaveri which is hitting the screens next week on 19th February. Speaking at the press meet she said, " This is a most inspiring film and is very special to me and very close to me heart. It's an inspirational story and girls will connect to it in several ways.  Even parents should see this film.  I want maximum people to see this movie. I am confident it will appeal to everyone and touch them. At the same time it is an entertainer and I am waiting for everyone to see it in theatres!" The film is directed by Rajsekar Duraiswamy and produced by Abbundu Studios.
Read more
More posts