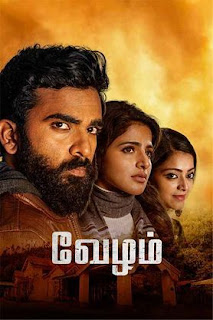 Vezham is Ashok Selvan's next, directed by Shyam Prasad co-starring Janani Iyer and Iswarya Menon. Vezham's Ashok ( Ashok Selvan) and  Leena (Iswarya Menon) are a very much in love couple who live in the Nilgiris. In a cruel turn of events,  one night, when together, Ashok is accosted by unknown thugs during a bike ride while his lady love Leena is murdered.   Cut to several years later, Ashok is still unable to get out of this tragedy, and is on the hunt of the mysterious serial killer who ruined his life on that fateful night.  But the problem is, the only clue he has is the killer's voice, whose threat he remembers clearly. A writer (Janani Iyer) now enters his life.   Will he succeed in his difficult mission? Will love enter his life again? Ashok Selvan captures well both phases of his character, from devoted lover to later the melancholic, enraged individual whose only goal in life  is to avenge his loss no matter how hard the journey. The title of  'Vezham' a
Read more
More posts