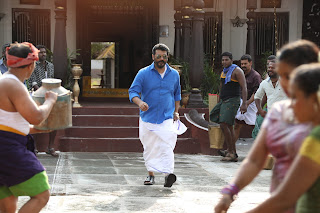 by Rinku Gupta  The much-awaited and anticipated Ajith-Nayanthara starrer, Viswasam,  is all set to relase this Pongal on 10th January.  Lots of expectations are there from the well reputed team of director Siva.  Ace Stunt Choreographer, Dhilip Subbarayan has worked on this film. Speaking about the stunts  he says, “More than challenges, I would say, we had lots of responsibilities, as every action sequence has a concept. In fact, every action block happens to be a point, where the plot progresses into next stage. So we had to aware about how we carry it.  Thanks to Siva, as he was clear about his ideas when writing the script itself this made the work easier." He adds a savoury nugget for fans,  “There will lots of new and fresh elements  in the film’s action sequences.”  While speaking about Ajith Kumar, he opines, “He is polite, humble and a perfect gentleman. He is always admired by every stuntman for the way he treats them wi
Read more 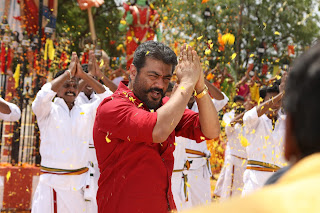 by Rinku Gupta The Ajith Kumar starrer Viswasam is all set for its worldwide release on January 10, 2019 and the festive celebrations are already on in full swing. The colorful posters and trailer have brought appreciation for the art department. Art Director Milan says, “More than saying working in Viswasam was a unique and different experience, I would say Siva sir has attempted something different here. As far as my department is concerned, I am happy that many are appreciating the colorful set works in posters, motion posters and visual promos. I would admit that it is all possible due to the creative freedom given by the producers at Sathya Jyothi Films. Of course, if not for the Midas-touch of cinematographer Vetri, this would have not been possible.” Speaking about the hero, Ajith Kumar, Milan discloses, “In the film, there’s something beyond the mass avatar of Ajith sir that we have seen  in the trailer.”
Read more 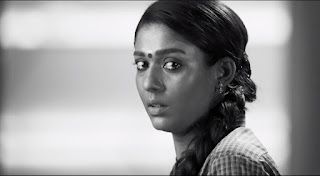 by Rinku Gupta The Airaa teaser is out and has already created a huge buzz among fans. Nayanthara is playing a dual role in the horror-thriller directed by Sarjun KM. According to the buzz in media, Nayanthara is playing a dusky -complexioned  girl called Bhavani whose portions will be shot in Black and White. The body language of the lady Superstar is touted to be very different. The actor has apparently done a very different kind of make-up from her usual one, for the role.  The other role is that of Yamuna, a girl from  an ordinary family. Apparently, both characters are not related in any way. The director opines that they will look and behave very differently from each other and that audiences are going to be spellbound by Nayan's performance. A special look and make -up test along with a photo shoot was done to show Nayan and it was only after this that she was convinced to take up the film. The slick  Airaa teaser is already raising the expectation levels of vie
Read more
More posts