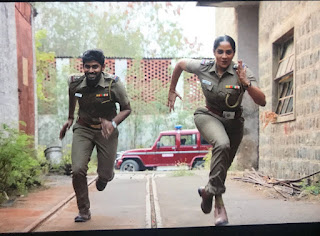 Since the announcement of Prime Video’s global premiere of Suzhal – The Vortex, its first long-form scripted original series in Tamil— the excitement of the audience is on a high. The talented cast has been posting snippets and videos from the sets, building further anticipation. Latest is the all new behind the scenes video that lead actress Sriya Reddy shared, donning her on-screen police avatar and having fun during an intense shoot. In the video, Sriya playing a cop named Regina can be seen pumping up a physical workout on the theme track ‘The Suzhal Roar’— bringing the off-screen fun to us from the picturesque backdrop of Ooty. She writes, “This is what Regina does when she’s off duty #suzhalonprime #Suzhal”. With a few glimpses from the fun off-screen time from this intense crime-thriller, the actress who is also a major fitness buff shares, “When shooting a serious scene I wanted a breather and no coffee, no tea not even music helped me .. so in the cold cold Ooty I decided t
Read more

4 Crores for the shoot of Karthi's 'SARDAR' villain portions at the Parliament of Azerbaijan! 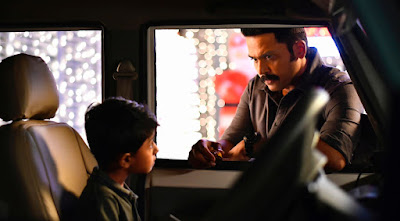 S.Lakshman Kumar under the banner Prince Pictures is producing the mega budget film 'Sardar'.This would be Actor Karthi's biggest budget film till date. Recently the film shooting happened at the country of Azerbaijan. Hindi Actor Chunky Pandey is playing as a badass villain in the film.The Team went for Azerbaijan to shoot his important portions. The shooting took place in the parliament of Azerbaijan which has never been done before.  Scenes involving Chunky Pandey in the parliament has been shot inside the buidling.   Following this the shoot happened at Georgia as well. Rs4 Crores has been spent just to shoot in these two locations.  Now the shoot is happening in full swing at Chennai. Artists:  Karthi  Rashi khanna  Rajesha vijayan  Chunkey panday Laila Yugi Sethu Munishkanth  Master Rithvik  Avinash Murali sharma and others.  Sardar Technicians Director - P.S. Mithran  Producer - Prince Pictures,  S. Lakshman Kumar.    Music composer - G.V. Prakash Kumar DOP - George
Read more 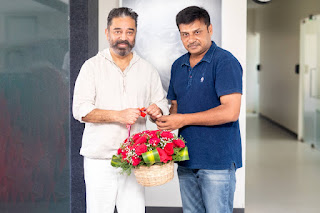 'Sembi' crew members met Kamal Haasan in person to congratulate him on the success of Lokesh Kanagaraj directorial Vikram.  Kamal Haasan watched the trailer of the movie 'Sembi' during this meeting and appreciated the team.  Producers of the film Trident Arts' R Ravindran, AR Entertainment's Riya, Auditor Akbar Ali the film's director Prabhu Solomon, Kovai Sarala and Aswin were present during the meeting. Kovai Sarala has played a key role in the movie.  Kamal Haasan, while appreciating the trailer, also hailed Kovai Sarala as an 'acting monster' (Nadippu Ratchasi).  Kamal Haasan's praise for the trailer of Sembi has given the team great excitement and the crew said that the film is getting ready to hit the screens soon.  "We are so happy that Kamal sir has appreciated our attempt. We are hopeful of the film getting good response from one and all," they said.
Read more 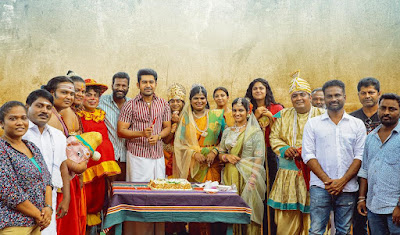 Nallusamy Pictures Producer Thai Saravanan’s upcoming production “VALLI MAYIL'' , directed by Suseenthiran, featuring Vijay Antony in the lead role has completed the first leg of shooting successfully. ‘VALLI MAYIL’ is a drama-thriller set against the backdrops of Stage drama art premise in the 1980s. Director Suseenthiran, who is illustrious for capturing the attention of audiences and stealing the spotlights with new-fangled and unique story premises, is helming this project. In particular, Vijay Antony’s first-ever collaboration with filmmaker Suseenthiran indeed has been escalating the expectation levels of this movie. Producer Thai Saravanan of Nallusamy Pictures, who has churned out critically acclaimed content-driven movies like Aadhalal Kadhal Seiveer, Maaveeran Kittu, and Vil Ambu is producing this movie. The intriguing attraction of this project is filming pivotal sequences from the movie by recreating the backdrops of Dindigul in the 1980s with a huge set of work w
Read more
More posts