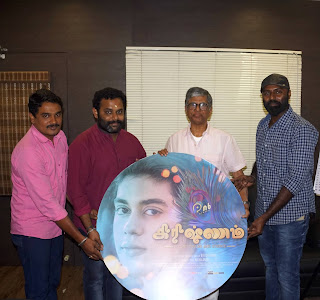 The celebrated  filmmaker-actor and multi-faceted SA Chandrasekhar launched the Trailer of Krishnam. Being a fervent believer of spirituality and Godliness, he appreciated the efforts undertaken by the team to spread the miracle that happened in their lives. S. A. Chandrasekhar said,  “It’s one belief that makes miracles happen and I am happy that this team has made a movie with strong motive of making the world known about what has happened in their personal lives,”  Being an outspoken critic in nature, S.A. Chandrasekhar has appreciated the technical department and performances of actors. Co-producer Arun Babu, Distributor Jenish and Shakthi Saravana (PRO) were present during this occasion.  The film is based on the real incidents that happened in a family in Guruvayur, where a miracle performed by Guruvayur Lord Krishna saving a boy from life-threatening disease. The survivor named Akshay Krishnan is playing the lead role with Aishwarya Ullas as his love interest. Sai
Read more 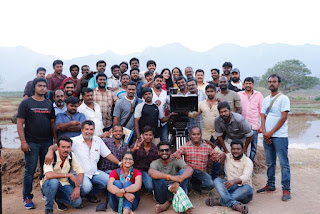 by Rinku Gupta Everything involving the Yogi Babu starrer ‘Dharma Prabhu’ has been going smoothly. The shooting commenced in Chennai with grand set works of Yamalokham erected in AVM Studios. Following this, the second schedule in Pollachi had the episodes involving Bhoologam shot and the crew has successfully wrapped it up after 20 days of continuous work. It had the  new inclusion of actress Janani Iyer and actor Sam who are playing cameo roles. Now, after a small break, the final schedule will commence soon in Chennai. Dharma Prabhu is a fantasy comedy starring Yogi Babu as the son Yama while Radharavi will appear as his father Yama with Ramesh Thilak performing the role of Chitra. Mahesh Muthuswamy is handling cinematography and Justin Prabhakaran is composing music with Yugabharathi penning lyrics. San Lokesh is the editor and Art Director Balachandar is already high on fame for his mind-boggling set works. Raja Senthil is the Production Executive of this film, which is
Read more
More posts