Who is the real Chandramouli in Kollywood? 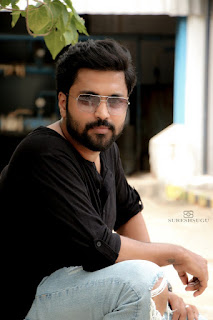 by Rinku Gupta What's in a name, Shakespeare may well have proclaimed. But names resonate with associations and memories and all the more so in filmdom. In K Town, the name Chandramouli has an immediate association with Mani Ratnam's character in Mouna Ragam made famous and immortal with a dialogue by the inimitable actor Karthik. But looks like  there's a real Chandramouli off screen as well in Kollywood. Kayal fame hero Chandran's real name is actually Chandramouli. Now, after a few films, the actor has decided to  revert to his original name on screen which he felt reflects and resonates with  his own, real personality. In a letter to the media he explains, '...I’d like to mention what Jerry Spinelli had once quoted, ‘EVERY NAME IS REAL. THAT’S THE NATURE OF NAMES’. And to remain as real as possible, I’m overwhelmed to inform you all that my Screen name ‘Chandran’ will henceforth be replaced with my real name which is “Chandramouli”. I thank my direc
Read more
More posts