Showing posts from November 3, 2021
Show All 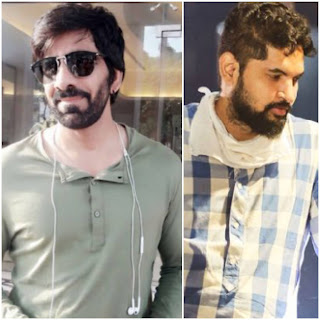 Ravi Teja, Vamsee, Abhishek Agarwal Arts’  Pan Indian Film #RT71 Titled Tiger Nageswara Rao Mass Maharaja Ravi Teja has been busy with multiple projects, making sure every film is different from the other. He has signed another exciting project, announced officially through a title poster today.  Titled Tiger Nageswara Rao, it’s a period film set in the 1970’s based on real life incidents of a notorious and most wanted thief of South India and the people of Stuartpuram Ravi Teja will undergo a complete  makeover to play the powerful role. His body language, diction and getup will be completely different and its touted to be a never before character for the actor. This marks Ravi Teja’s first Pan India project and in Telugu, Tamil, Kannada, Malayalam and Hindi languages. In the  title poster, one can see legs which are muscled and toned and the foot marks of Ravi Teja indicates a  tiger's paw indicating the  power of the character. He seems to be chasing a train and 'Feel the
Read more 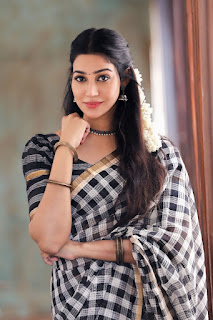 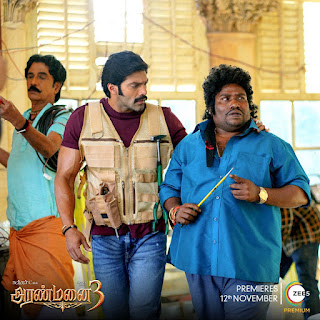 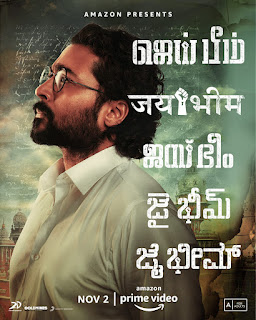 Suriya's Jai Bhim, directed by TJ Gnanavel and produced by 2D Entertainment, dropped on Amazon Prime today ( with audio in 5 languages. The film revolves around members of the Irula tribe who are often falsely charged by crimes by the police, as they are powerless to retaliate. One such family of Senegani ( Lijumol Jose) is gravely affected when her husband (Manikandan) along with two others, are tortured in police custody, falsely accused in a theft case. When they suddenly  disappear from custody, Senegani is helpless  and unable to find them, as nobody is willing to come to her aid. Thanks to a local teacher ( Rijisha Vijayan) she meets lawyer Chandru ( Suriya), a good samaritan who is moved by her plight and decides to help her by filing a case. But in their quest for justice, they have to take on the system.  Do they succeed? The superb  performances of the leads  lend the film even greater credibility. Suriya the superb actor (and not the star) is who we see here and his res
Read more
More posts