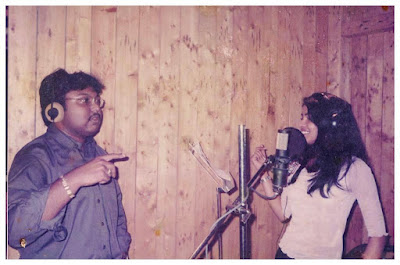 By Rinku Gupta Ace Kollywood music director D Imman shared a throwback post on social media today about his debut film Thamizhan, starring Thalapathy Vijay, which was also the Indian screen debut of actor Priyanka Chopra. The 2002 movie was special for Priyanka Chopra for another reason as well. It also marked her singing debut, with the Tamil song Ullathey Killathe.  Thr film was directed by A Majid and produced by Mani Ratnam's brother G Venkateswaran for GV Films. The song was a duet, special  for one more reason. It  was sung by the lead pair, the multi-faceted hero of the film, Thalapathy Vijay and Priyanka.  Imman posted, "Nostalgic Pic! Easily before two decades! A Rare click during the recording session of my Debut Film, Actor Vijay anna starrer #Thamizhan And it is!  Priyanka Chopra's debut song as a singer #UllathaiKillathey "  Priyanka Chopra Jones  not only went on to a successful career in  Bollywood but is now an international celebrity in Hollywood. Mo
Read more
More posts