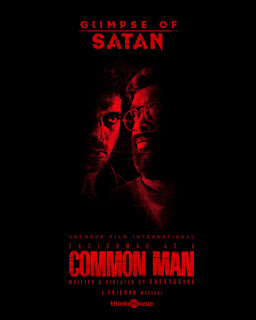 Director Sathyasiva's next is  titled "Common Man" Starring Sasikumar and Haripriya  in the lead.  Every Story has a Villan but the film  has a Satan and the Glimpse of Satan has been unveiled. Vikranth plays the role the Antogonist . Though his looks are like a common man, all his actions remind one  of the Satan (The king of Hell).  Gibran Scores the Music of the Movie  and bankrolled  by T.D .Rajha of Chendur films International.
Read more
More posts