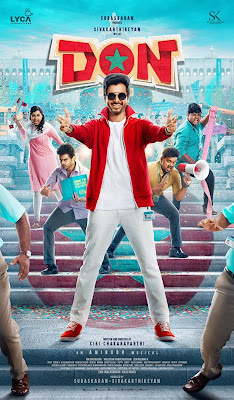 Lyca Productions' Cibi Chakravarthy's Sivakarthikeyan starrer, Don, released worldwide in theatres today.  Chakravarthy ( Sivakartikeyan at his entertaining best) wants to defy his autocratic father ( Samudrakani) and thus is determined to rebel at the engineering college his dad pushes him to join.  He is still searching for what he actually wants to do in life.  There, sparks fly between this self-styled  college Don and a strict faculty member, played by SJ Suryah. What happens when the going gets rough between these two? Does Chakravarthy's relationship with his father undergo any change? Does he end up finding what he wants to do in life? With ample romance, ( Pretty Priyanka Mohan is the charming heroine), humor and sentiment, the film makes for an all round family entertainer.  The scenes with Soori are grab attention while Shivangi, Muniskanth, Kaali Venkat, Mirchi Vijay and Bala Saravanan make up rest of the ensemble cast. The scenes between livewire performer SJ
Read more 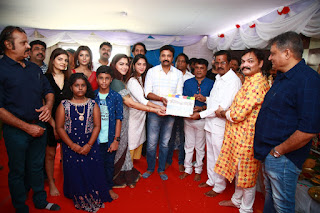 Shooting Star, a fun-filled entertainer, will be directed by MJ Ramanan and produced by MJ Ramanan, Johnny Dugal and Vinambara Shastri on behalf of Srinidhi Arts. Dushyanth, Vivek Prasanna, Telugu actor Srinivasa Reddy, Hindi actor Ravi Kishan and Masoom Shankar who played the lead in some Tamil films will be the important cast members, while many famous Hindi actors and directors are playing guest roles in the film.  The film tells the story of a man who has faced many disappointments in life and how those around him make him even more embarrassed. MJ Ramanan, who has worked as a co-director in Hollywood, Bollywood and Kollywood films, said that the new film, which he is writing and directing, will be packed with various ingredients to attract fans. The cinematography of the film will be done by SR Satish Kumar, with famous Hindi music directors Amjad-Nadeem-Aamir scoring the music  Chetan Pathak will be the art director, Sasikumar is the editor, Kanal Kannan is stunt master and Vis
Read more 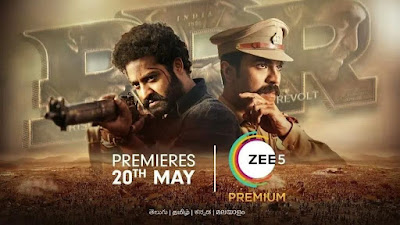 BIGGEST BLOCKBUSTER - SS RAJAMOULI’S MAGNUM OPUS #RRR UP FOR A ZEE5 WORLD DIGITAL PREMIERE IN TAMIL, TELUGU, KANNADA & MALAYALAM from 20th May 2022. #RRRonZEE5  ZEE5 made the biggest announcement this morning announcing the World Digital Premiere of this year’s biggest blockbuster - RRR in Tamil, Telugu, Kannada, and Malayalam on May 20, 2022. Surprisingly this announcement is being made while the film completes a successful 50-day blockbuster run in the theatres. SS Rajamouli’s RRR, featuring Jr. NTR, Ram Charan & Alia Bhatt in the lead characters, saw its worldwide theatrical release on March 25, 2022. The film went on to become one of the biggest blockbusters in Indian cinema across languages.  Another celebration for #RRRonZEE5 on 20th May is the birthday of Jr. NTR. This gives a reason for all the fans to celebrate this iconic blockbuster. Cinema fans across the world will be able to experience #RRRonZEE5 with excellent 4K quality and Dolby 5.1 in the comfort of their ho
Read more
More posts