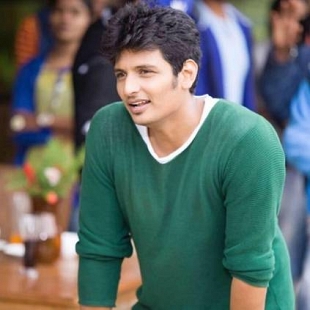 By Rinku Gupta After 2 grand audio launches of his upcoming  Tamil releases  Gypsy and Gorilla in the past fortnight, Kollywood actor Jiiva now has packed his bags for a long shoot abroad for his next film. The actor who is making his Bollywood debut in director Kabir Khan's 83, will be joining the film's team in London for the shoot. The film is based on India's historic win of the World Cup in 1983 and stars Bollywood star Ranveer Singh as captain Kapil Dev. The film's team has recently flown to London after a round of  promotions and photo ops with the press and media in Mumbai. But we hear that Jiiva, who was busy shooting for another film, could not make it for the promotions. Jiiva plays the role of ace cricketer Srikanth. Apparently he has lost weight for the role and has been  undergoing cricket training as prep before shooting begins. We wish him all the best for his BTown debut.
Read more
More posts