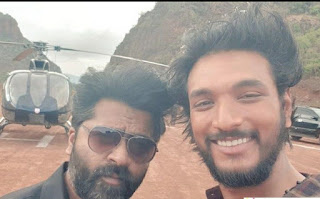 By Rinku Gupta Studio Green Films K.E. Gnanavel Raja's next is ‘Sillunu Oru Kadhal’, 'Nendunchalai’ fame firector  Obeli N.Krishna 's next film, which is an STR-Gautham Karthik starrer “Pathu Thala” Gnanavel Raja says, “We at Studio Green Films are happy to make this announcement on kick-starting this project. As soon as the project was finalized, we looked out for a title that will be significantly powerful and perfect for the character STR plays. We considered lots of names and finally zeroed on ‘Pathu Thala’. I am sure, audiences will feel the intensity of it while watching the film and exploring the character. Gautham Karthik has already worked with us and is very close to us like a friend and family. Pathu Thala will be a breakthrough in his career for his role is so powerful. Director Obeli N.Krishna and I share a great bonding across the years as he was director of my maiden production ‘Sillunu Oru Kadhal’. " There are few more biggies getting on board and the
Read more 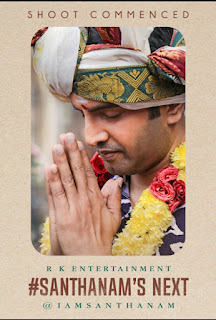 By Rinku Gupta Santhanam, right after finishing his Parris Jayaraj, has joined the sets of his next untitled film. R.K.Entertainment C.Ramesh Kumar produces and R.Srinivasa Rao directs, the film which aims to showcase another dimension of Santhanam's acting,  as it revolves around a  Father - Son sentiment, with a political twist.    The film is being shot in Kumbakonam. Some sequences in will be in Trichy, Srirangam and Chennai. The director Srinivasa Rao has already worked as assistant director to Arivazhagan and has directed many ad films. When Srinivasa Rao spoke about this film, "Actor Santhanam has best fit into this story. Though it has humour  underlying it, the sentimental sequences between the father and son character will make the audience relate to the scenes with their own  real life events. The film will reflect the happenings, the travel, the emotional bondage in the father - son relationship.  The film will for sure be a mass entertainer hooking the audiences
Read more
More posts