Chhatrapati Shivaraya's 'Mahamantra'is all set to echo in South India too! 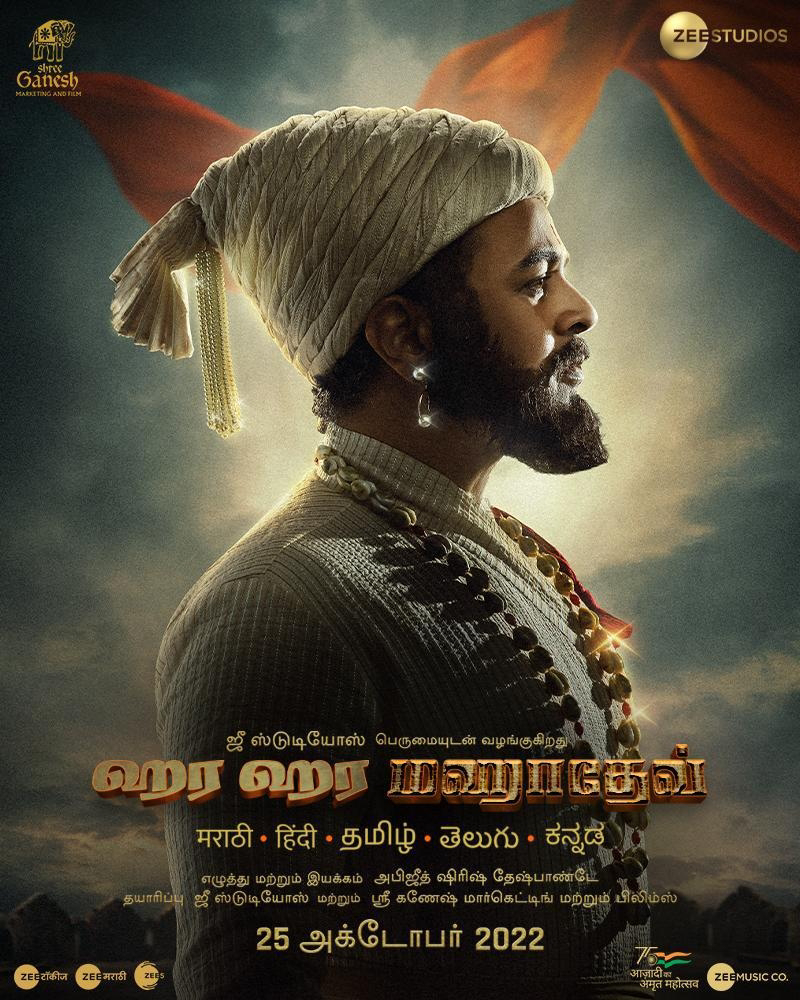 'Har Har Mahadev' is all set to create history in Indian cinema by becoming the First Marathi film to be released in Tamil, Telugu and Kannada languages. The state of Maharashtra is synonymous with the glory of Chhatrapati Shivaji Maharaj all around the world. Chhatrapati Shivaraya's feats are immortalised in world history and are a constant source of inspiration and admiration for the world. Chhatrapati Shivaji Maharaj dreamt of Swarajya and to fulfill this dream, many brace warriors joined his mission. One of the most eminent Maratha warriors who personify bravery is Baji Prabhu Deshpande. The audience will see the heroic saga of Baji Prabhu in Ghodkhindi in Zee Studios' upcoming film 'Har Har Mahadev.' Written and directed by Abhijit Deshpande, the film stars Subodh Bhave as Chhatrapati Shivaji Maharaj and Sharad Kelkar as Baji Prabhu Deshpande. The film will be released in five Indian languages , including Hindi, Tamil, Telugu and Kannada, along
Read more
More posts