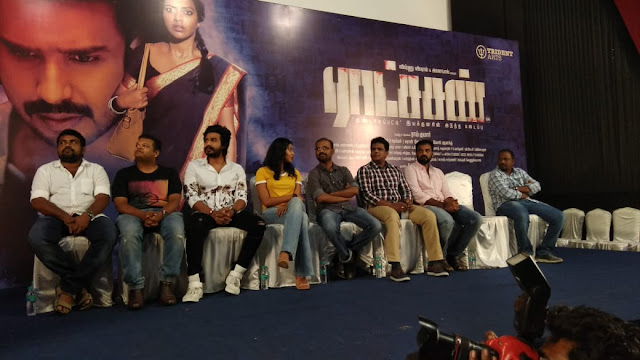 Press note: With plethora of promising movies consistently making its way from the stores of Vishnu Vishal, here is one among them titled RAATCHASAN that has already made the film buffs, especially the fervent lovers of Crime-Mystery -Thriller have been inquisitively looking up for the film’s arrival on big screens on October 5. Much prior to this, Ghibran’s splendid songs were launched this evening (September 25) at Prasad Lab in Chennai that was graced by entire cast and crew. The event commenced with the screening of RAATCHASAN visual promos and lyric videos. Producer G Dilli Babu offered his welcome speech saying, “Axess Film Factory has been attempting to make content based movies and RAATCHASAN happens to be the fourth production venture. I am so happy that the film has come out well with the efficient work of Vishnu Vishal, Amala Paul and others in the team including magnificent spell by music Director Ghibran. I am sure everyone will love this film.” He continue
Read more
More posts