Showing posts from February 2, 2022
Show All 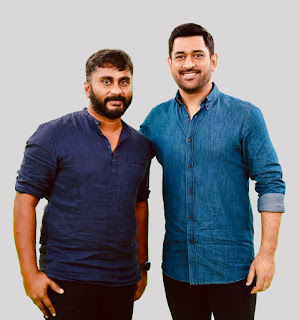 Giving comic lovers and MS Dhoni fans a reason to rejoice, Virzu Studio in association with MIDAS Deals Pvt Ltd today released the motion poster of its upcoming mega budget graphic novel, ‘Atharva - The Origin’. Starring none other than the ace cricketer himself as a superhero and warrior leader, the official motion poster was released today by MS Dhoni on his official Facebook handle. The motion poster features a rugged looking Dhoni, giving fans a glimpse into the world of Atharva and also a sneak peek into the first look of the Cricketer as a superhero.  In an effort to offer an immersive experience to the readers, the creators have worked with a team of artists diligently for several years to create the mystical world of Atharva. Teleporting the readers to a different universe, this graphic novel, authored by Ramesh Thamilmani, headed by Mr. MVM Vel Mohan and produced by Mr. Vincent Adaikalaraj and Mr. Ashok Manor, features over 150 lifelike illustrations which present the gripp
Read more 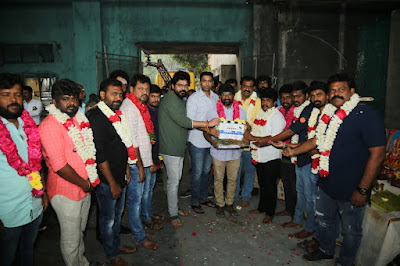 Actor Vikram Prabhu has been steady with his choice of movies  for universal audiences; he continues to impress us with his line-up as well. The actor had proved his proficiency with a rustic role in Pulikuthi Pandi, directed by filmmaker Muthaiah. This time, the filmmaker pens the story and dialogues for Vikram Prabhu’s upcoming movie Tiger, which is directed by Karthi. The film is produced by M Studios in association with Open Screen Pictures.   Director Karthi says, “Tiger will be an edge-of-seat thriller that will keep audiences engrossed from beginning till the end. I am emotionally elated with director Muthaiah sir’s contribution to this project as a scriptwriter, which I strongly believe is going to be a major attraction. I thank Vikram Prabhu sir for giving me an opportunity to narrate the script and giving a nod to it. The entire team of technicians is such a great pillar of this film. It will surely engage and entertain the audiences with a good theatrical experience.”  Tiger
Read more
More posts