A film on the travails of the common man 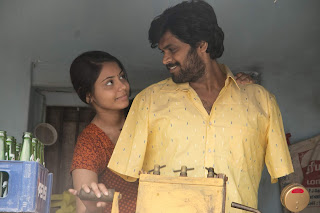 By Rinku Gupta Thozhar Venkatesan, set in Kanchipuram and based on the director’s real life experience,  deals with the tough process of getting compensation from insurance companies when they meet with accidents in government buses.  How this affects common citizens forms the story. Directed by Mahasivan who had assisted Suseenthiran earlier, the film has newbie Harishankar in the lead with Monica Chinnakotla as his pair. The director  is confident about the impavt it will create,  ' My film is about the travails of the common man when dealing with the government agencies and will create a lot of buzz.'  The film is produced by Suseenthiran and Kala Films.
Read more
More posts