MOHINI DEALS WITH CRIMES AGAINST CHILDREN 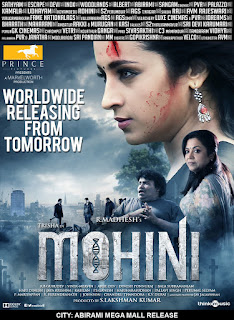 But the film also has another angle to it. From what we hear, the character of Mohini uncovers some very incriminating evidence of an international racket involving crimes against children which include child trafficking and human sacrifice, which incurs her the wrath of the villain.
With crimes against children being rampant all over,  the presence of this issue in the film gives it a very topical  relevance.
Shot majorly in London, the film has some very interesting stunt sequences  by Trisha.
Prince Pictures  is producing the film.