Kalavani Mapillai looks like a rom com but with neither ingredients leaving the right taste. 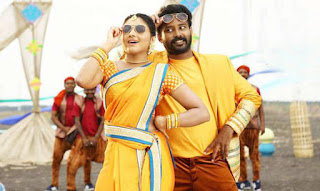 The hero (Attakathi Dinesh) is told that he cant drive any vehicle since the stars foretell that it maybe fatal to his life and well being. But when he falls for a girl ( Adhiti Menon ), in a bizarre co -incidence, her dad too can't drive a car. His rich wife ( Devayani ) holds him in contempt because of this since he fooled her into thinking he was a driving school instructor when they dated.

However, she approves of our hero  as mapillai, but with  one condition, that he shouldn't ever tell lies to her.  The lovers are caught in a tough situatuon. If they tell the truth the marriage maybe cancelled. So they hold back, but the mapillai lands in a soup when hes asked to drive a newly gifted car by his mother-in-law !
Do the lovers get away with their secret somehow or  do the lies come out leading to mayhem,  is the story.

An unusual, wafer- thin storyline somehow manages to lead to some comic scenes which make the film watchable in parts. Motta Rajendran however doesnt add much by way of humor though. Muniskanth does raise the humor quotient by his presence.
Dinesh who has been part of some good cinema is lost in this story, reduced  to comical situations that hardly evoke laughter. Adhiti looks pretty and does what is required from her. Devayani looks stately and dignified in a  role which she carries off well but her retro hairstyles seem a bit over the top. She is the glue that holds the film together. 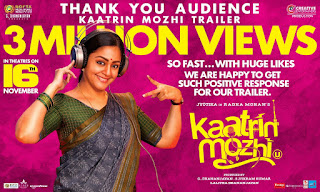