- December 22, 2018
Maari 2, directed by Balaji Mohan, centres around the life of a local don, Maari ( Dhanush) who with his friend Kalai ( Krishna), indulges in crimes in  his  area. But one thing he keeps away from his drug smuggling, which invites the wrath of his competitors. He has several enemies and is constantly being attacked, only to beat them to pulp. 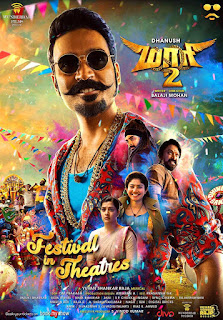 On one occasion, the gang celetrates his 100th escape experience with  the cuttting of a cake! He has two assistants always around him whom he beats up  quite regularly.   Aanandhi (Sai Pallavi) is an auto driver who loves Maari who only thwarts every attempt at romance, leadingg to some fun filled moments.
In this world, enters Gangatharan ( Tovino Thomas in a negative role) aka Beeja, who is baying for Maari's blood, and manages to track him down after a  jail break. He blames Maari for his brother's death and long incarceration. Beeja manages to create misunderstandings and split the friendship between Maari and Kaali. In an ensuing fight with Beeja, Sai Pallavi is caught in the line of fire.  What happens next, changes the course of Maari's life completely. Does he manage to overcome the setbacks in his life? Who helps him? All this forms the rest of the story.
Varalaxmi Sarathkumr in a confident performance, plays a collector who has a major role in the events in Maari's later life.

Dhanush aces his role effortlessly as the colorful don, seamlessly portraying the different shades in various stages of his life.  Sai Pallavi is a delight to watch in the scenes where she tries to woo Maari and Dhanush's reactions form a perfect foil.  Their romance later in the film has a natural feel to it, with little touches of realism by the director, adding to the screen chemistry. Her dance moves in the Rowdy Baby song are superb, choreographed by Prabhu Deva. 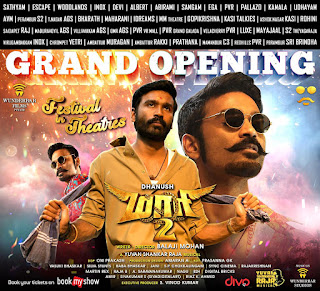 Krishna plays the shades of his role with maturity. Robo Shankar gets in the laughs but we wish he had been utilised more.

Tovino from Mollywood, (in a Pirates of the Caribbean type of avatar)comes across as a devious and violent threat and plays his part well (also making for a rather good-looking villain!).

There is enough of sentiment, comedy and action for fans of the masala genre in Maari2 .

The action is well choreograhed but the number of goons being beaten up with rods and  blood spewing out of their mouths, gets a bit too difficult to take after a while.

For Dhanush fans, there is a bare -torsoed fight in the climax to watch out for. 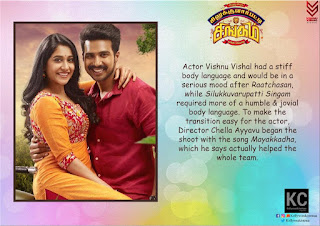 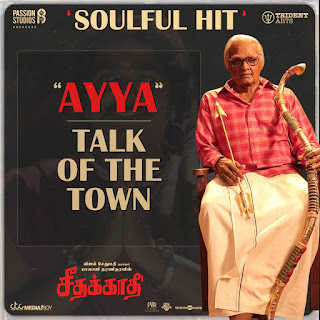