- December 22, 2018
An all out Rocking Star Yash show, KGF takes you on a long and eventful journey from Karnataka, to Mumbai to the famed Kolar Gold Fields( hence the title KGF). 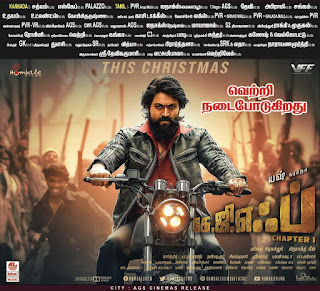 Rocky ( Yash in a swashbuckling avatar) grows up in Mumbai after his poverty stricken mother dies. Angry and alone after the loss of his loving mother whom he worshipped, he grows up deciding to conquer the big, bad city and garner enough power and money to never be in want again.

Over time he becomes a dreaded dealer in smuggled gold and so powerful is his persona and his fist, that others quake in fear with him around. He can take down dozens of baddies in one go and his tall reputation reaches a bunch of people who want to bring down the dreaded Garuda who rules KGF with thousands of slaves, extracting gold from the mines there.

Rocky agrees to go where no man has come back alive from, on a near mission impossible. When he manages to sneak in somehow, braving bullets and fists, he is witness to the inhuman treatment of the slaves by the rulers and their henchmen. How does Rocky plan to bring down the cruel establishment and save the slaves? Thats the story so far in part 1.

The character of Rocky is made totally believable by Yash's strong presence, body build and persona. When he flings people like puppets it looks believable. His vulnerable side and heart of gold that aches for the impoverished and downtrodden is also seen in many scenes.

The setwork and VFX of the  scenes in the Mumbai underworld and later in the humungous KGF world are stupendous, which add to the appeal of the film. The massive scale on show adds to the atmosphere of infallibility and thereby shows how very much tougher Rocky's task is.

The scenes with his mother are touching and well etched, showing how much her philosophy makes him the man he is. 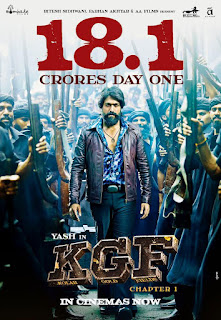 But on the flip side, there is  a bit too much of narrative with too many characters to make a note of mentally in order to follow the story.  The build up to Rocky's present day mission, from childhood to adulthood, takes a tad too long. Also, after a while the number of goons being hit and beaten to pulp become tiresome to watch.

KGF is a grand exercise in scale and grandeur and can be watched for the atmosphere of the  different world it creates and for Yash's solid presence.
The film, originally in Kannada, has been dubbed in Pan -Indian languages including Tamil. 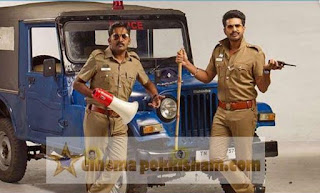 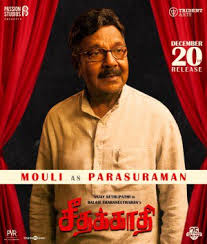