Sigai, directed by Jagadeesan Subu is releasing on January 9th, after a long gap. The film is making history of sorts, by having the distinction of being the first Tamil feature film to release directly on a digital platform without going via the theatrical release route. 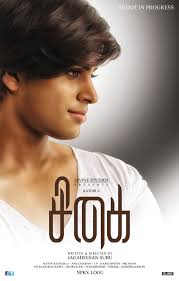 The film is releasing on ZEE5, a digital platform accessible by its App. Zee5 will also be releasing 2 more Tamil films in the same manner.
In the light of the struggle for release and the tussle over deciding the right date for theatrical releases in a crowded market, does this development offer a new platform for producers?

Mr Surya, South Content Head Zee5 India,  gives his perspective on this move, revealing plans they have for releasing Tamil films and web-series on thier platform. 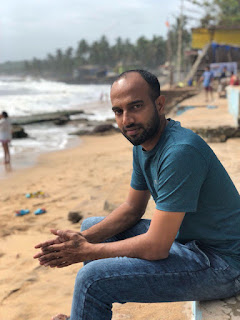 Zee5 is releasing Regional feature films on the App directly, without a theatrical release. Does this make you the first Indian platform to do so? How viable is this for you?


Yes, we are planning to release original movies every month, in several languages. We will also dub these web- serials and movies into 6 other languages. For instance, with  Sigai on our platform, we will dub it into 6 other regional languages as well. So the idea is to reach the regional markets to the maximum, (ie) Marathi, Telugu, Malyalam, Kannada, Hindi, Bengali and Tamil markets.
Netflix did release Priyadarshan's Sila Nerangalil some time back like this but we are the first Indian platform to release original films before a theatrical release.
Other platforms here put films a few weeks after release in theatres.
We think that the original films direct to Zee5 will attract more audiences. Our aim is to expand this market. We feel that in Tamil, the web-series market is still growing, so original films will have more appeal. Also, in order to compete with other platforms, we think this is good move.

Of course web- series is our main target and we plan to release 2 a month.We've released America Mapillai and then Kallachirippu, Alaram and What’s up Velakkari so far. This will give an impetus to creators who can cater to this market, making content -driven scripts  that cannot be told in the just two and half hours of a theatrical format.

The original film content will attract theatre going audiences who can now watch a movie on their app.  We think that is the way of the future.IMG

Every month we are going to release one film in each of the 6 languages I mentioned earlier. In Hindi, we hsd Tigers and now we have a film called Cabaret coming up. In Tamil, after Sigai which is our first,  we are going to release Balaji Tharaneetharan's Oru Pakka Kadhai and later another film called Kalavu starring Kalaiarasan.
We may also be producing original films later and commission films to be made for us as well. 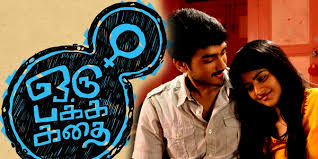 How much do the viewers have to pay to watch the original films and other content ?

Well it's Rs 49 per month for the Regional package and if they want all language content its Rs 999 a year. Our platform has both AVOD thats is advertisement  -based Video -On- Demand content and SVOD or subscription based content. 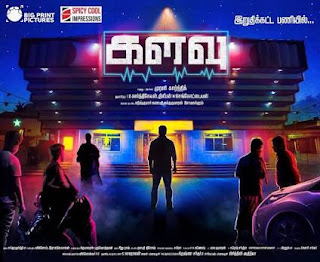 What is your criteria for choosing an original film for release?

We are very particular on the content. We don't want to attract audiences by just putting masala films like other apps. We want to be selective about what we give our viewers. From the beginning  we want to stand out from other platforms and give them films that are content driven,  and not just big releases. We won't go for just run- of -the -mill rom- comes or comedies. If it's a comedy, it should have a different line to it.

Who is eligible to approach you for a film release?

Anyone can approach us but they should have some idea about the digital platform and have original content. Ideally we would like more web-series because that has more space, duration and scope for experimentation. But if anyone new to the medium approaches us, if they have good content, and don't have any producers to back them up, we can even put them in touch with a good production house as well.

How did the release of Sigai come about?

When we approached film people with our idea, not many came forward. They didn't want to bypass a theatrical release. But hero Kathir was open to our idea since they had some issues with a theatrical release and he also wanted to be a pioneer as an actor and experiment with a new idea.
Also, we are present in 190 countries  and we felt this film will work and create an interest  in regional cinema. After Kathir came, many others have approached us.

You say the future lies here. How would you explain the advantages of the OTT platforms to the lay person?

Well, the Over The Table Top ( OTT)  platform is one that's extremely  handy. People who are unable to watch TV  serials and movies or even go to theatres because of work, financial or personal constraints,  even in rural areas, can watch TV serials, web-series and movies at thier fingertips ( on mobile phones,  laptops, ipads and even smart TVs) . Its all at thier convenient timings, switching on and off when they want. With so many platforms available today , at nominal rates they have a wide variety of  international entertainment from  across the world  to choose from, all at thier convenience.