Directed by the film's hero, Sam Khan, Kadhal Mattum Vena can vbe said to be a love story with a difference. 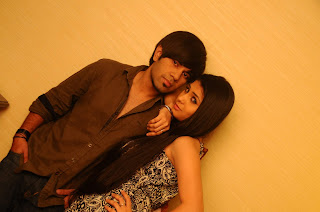 Without giving away spoilers and taking away from the suspense, one can reveal little of the plot. The story starts off with a young man in search of his missing girlfriend. But post interval it takes a different turn completely making the viewer sit up and take notice and begin using his grey cells.

Though the screenplay seems convuluted and events may take some time and effort to grasp fully, the attempt to be different is perhaps what can be commended. The happenings in the second half may leave many squirming in thier seats when they learn what the hero character is after.

Though it attempts to highlight  crimes against women, it doesnt carry it far enough to drive home any message.
The editing is also by Sam Khan while the music is by Santhan Anebajagana and camerawork by JSK. The film is produced by Luckky Studios. The heroines are Elizabeth and Divyaangana Jain.