He’s been a fitness freak as a look at his social  media handles would show anyone who follows him.So actor Arun Vijay is the most apt choice for Boxer. 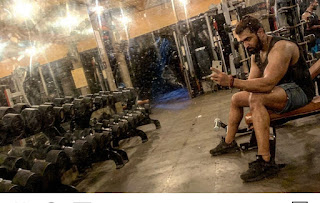 As soon as the official word was out on “Boxer” and his role, his fans had huge expectations wondering if they would get a glimpse of his preparation for the project.

With a mentor like stunt director Peter Hein and their trip together into the school of Lein Phong, one of the world’s most celebrated martial arts training hubs located in Vietnam,  expectations reached fever pitch. So when the team recently released a video of  his training  in Vietnam, fans were thrilled with inspiring hard work the actor had  put in.

Filmmaker Vivek says, “It’s been a month long hectic training for Arun Vijay sir. Everyone knows that he is a perfectionist in maintaining an awe-inspiring fitness level in real life. He has taken additional efforts for our film “Boxer”. In accordance to the suggestion of Peter Hein Master, he underwent training at Lein Phong in Vietnam. It wasn’t an easy deal as Arun Vijay sir had to train himself continuously for 8 hours a day.Despite the strain, he remained cool. I am really thankful to both of them for pampering this film as their own child. More than doing their job on aprofessional front, they are emotionally bounded to this film, which I believe will definitely escalate the film to a greater magnitude. I thank local trainer Sundeep for his wonderful support throughout this process. This video is just a glimpse of what we have done so far and there are lots more compilations, which involves the rigorous and painstaking efforts of Arun Vijay sir. More than all, we wanted to present this video as his fans have been curiously looking up for. When I say fans, they aren’t merely the ones who watch his films, but invariably follow him for his fitness style” 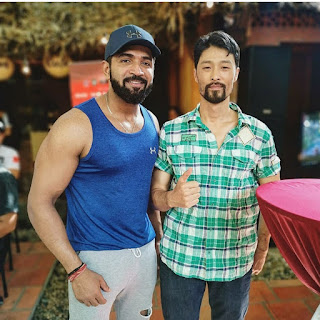 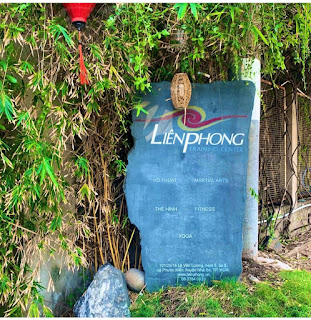 Following a month long training session, Arun Vijay returned to Chennai and is currently holidaying with his family. As planned, the shooting will commence by  June.

The film revolves around a reigning boxer and his turbulent journey of combating the evil within.
Ritika Singh would be seen playing the role of a sports journalist in this film and there is a big  star-cast in prominent roles. D  Imman is composing music for this film  and the others in the technical team includes C.S. Balachandar (Art), Nadan (Editor), Peter Hein (Stunts), Hina (Stylist), Arun (Costumes). With Vivek scripting and directing, V Mathiyalagan produces the film for Etcetera Entertainment.