The world awaits the majestic arrival of ‘The Lion King’. A tremendous comeback after 24 years on the big screens, embellished with top-notch technological elements, where  characters for they look so real rather than being animated.
With the film scheduled for a worldwide release on July 19, Arvind Swami, Siddarth, Robo Shankar and Singam Puli who have dubbed for the Tamil version were present for the pre-release event in Chennai. 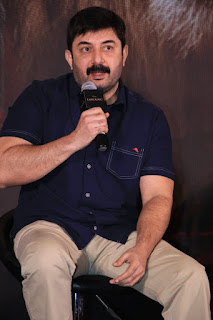 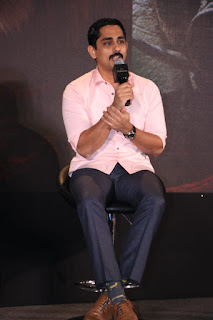 Mr. Bikram Duggal whois the Executive Director and Head for Disney's Studios said, “The Lion King is very special to all of us in Disney Studios. Yes, we are overwhelmed with abundant success of movies like ‘Avengers End Game’ and ‘Aladdin’ that was released by us this year, but “The Lion King” is even more special. There are lots of attractive elements in the film and one among them is the technological process, where one might find it more difficult to find if the characters on the screen are real or animated ones. More than technical aspects, why “The Lion King” stands out to be favourite of universal audiences is the emotions it carries, which isn’t confined to the animals, but even the humans as well. We are very much proud to have the versatile talents of Tamil cinema render their voices for the characters – Arvind Swami (Scar), Siddarth (Simba), Aishwarya Rajesh (Naala), Ravi Shankar (Mufasa),  Singam Puli (Timon),  Robo Shankar (Pumbaa) along with Rohini and Manobala.”

Director-actor Singam Puli said, “I was identified as ‘Singam Puli’ till yesterday, now exhilarated to see that I’m rechristened as  The Lion King.  I was really doubtful when I was invited to dub for the film,  but the team was very well prepared and this helped me to proceed comfortably."

Comedy actor Robo Shankar said, “To be honest, I wasn’t aware about anything on The Lion King and walked casually to dub for a Hollywood movie.  However, I was literally struck in amazement after knowing the real brand value of this film. While I was trying to give my own ideas in voice modulations, the production team was like they wanted the exact voice of Robo Shankar and nothing else.”

Actor Arvind Swami said, “Before 25 years, I dubbed for Simbha’s character and was completely into to a new experience.  Now, I am so glad to be dubbing for the ‘Scar’ character and it’s really an interesting character as it sticks to lots of diversified shades.”  When asked why he has been recently involved in the characters with negative shades, he reverted, “I've been in stereotyped roles with hero characters and I felt that the negative character has more  shades.”

Actor Siddarth said, “The Lion King isn’t a movie meant just for kids, for everyone, as it owns the elements of ‘Love and Care’. This movie is the best example for the concept of having a simple theme and turning it into a special one for universal audiences. For an actor like me, who is bored dubbing looking at my face in all movies, this one is completely a new experience. What “The Lion King” actually delivers as a message is “Life is a circle”. I was awe -stricken watching the stage performance of ‘Lion King’ in USA. They have now made it with a bigger version with unbelievable technological bonanzas.”