Thambi is the next directorial of Jeethu Joseph ( of Papanasam fame), starring Karthi, Jyotika, Sathyaraj, Seetha, Sowcar Janaki,  Anson Paul and Nikhila Vimal. The film is produced by Viacomm 18 and Jyotika's  brother Suraj Sadanah under his Paralell Minds banner. 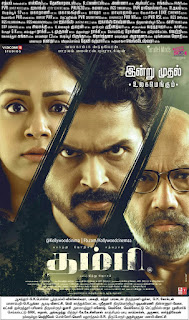 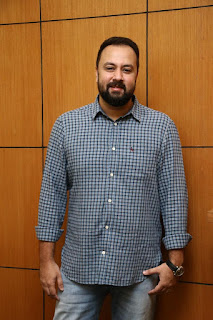 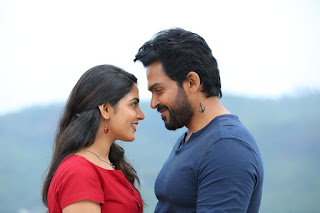 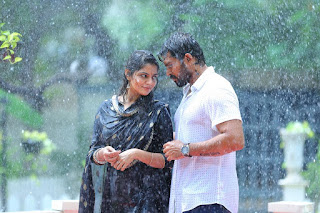 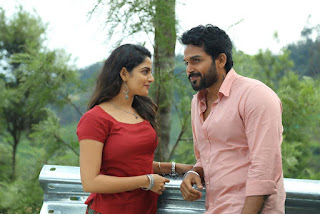 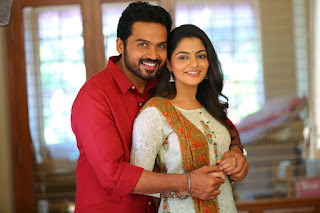 When a politician ( Sathyaraj) living in the Nilgiris, discovers that his long lost son, who left home 15 years ago, is now to be found in Goa, he rushes to bring him home. Unbeknownst to him and the family is the fact that  Saravanan ( Karthi) is a con man who, actually in cahoots with a cop ( Ilavarsan), plans to rob the family and escape.
But things don't quite go according to plan. The elder sister in the family,  Parvathi ( Jyotika) is not very accepting of him in the beginning. Things soon go out of hand when a murder takes place. Saravanan is now caught in a web of activities far beyond his control. A local cop ( Anson Paul) suspects him. Does he manage to escape? Who is the real culprit? Is the family hiding a dark secret?

Thambi is a taut thriller, largely watchable for its superb performances by every actor,  good characterization,  red herrings which keep the audience guessing and a goo muid web of twists. Gripping action blocks with Karthi, along with a good dose of comedy ( especially with Karthi and master Aswanth aka Rasukutty and Sowcar Janaki ), keeps the momentum going. The Jo - Karthi akka- thambi angle serves as  the sentimental anchor while Nikhila Vimal shines in the romantic parts with an impressive presence.  Anson Paul as the young, suspicious cop is well cast, and does justice to his role.
Sowcar Janaki steals the show with her presence. Sathyaraj's subtle yet stellar performance is s delight to watch. Its commendable the way Jyotika has dubbed for herself.  The Karthi - Jyotika scenes make for an interesting watch. The Jeethu Joseph touch is apparent in the making and after Kaidhi, it's a good outing for Karthi who has been choosing interesting scripts of late. R D Rajasekar's camerawork deserves special mention, bringing to life  the scenic  mountain locations, adding just the right dose of beauty bathed in mystery to the locales.

There are some unanswered questions about police procedures which seem conveniently overlooked.  The family angle reminds one of Papanasam. The story- telling may be seen as unfolding a tad slowly for those used to a faster pace.

Overall, the  thriller  makes for an excellent watch for family audiences, and is easily  amongst the better films of the year.