Karthik Subbaraj and Passion Studios' Penguin, released directly on Amazon Prime.
Directed by debutant Eashvar Karthic, the film is an emotional thriller, set in Kodaikanal.
Rhythm ( Keerthy Suresh) is expecting her second child,  and lives with her second husband ( Madhampetty Rangaraj) in Kodaikanal.
She is still haunted by the disappearance of her son Ajay, ( Master Advaith) who was kidnapped 6 years ago.  The disappearance, and subsequent grief and guilt, had caused a rift between her and her first husband Raghu ( Linga),  leading to a subsequent divorce.
Still in search,  not giving up on her belief on finding her lost son, Rhythm's efforts are rewarded when Ajay is found.  But he is far from normal.
What happened to him in the interim years? A deep secret lies behind his kidnapping. She must find out the truth somehow... but how many obstacles does she have to overcome? How far will a mother go for the sake of her kids? 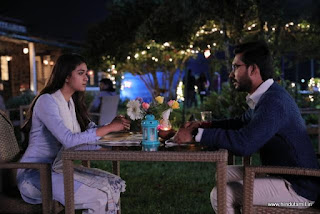 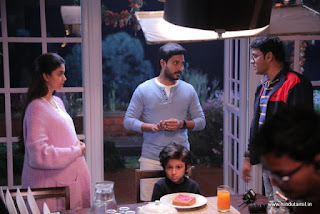 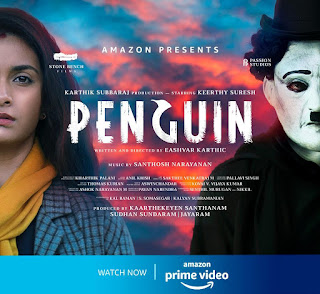 The National Award winning Mahanati actor,  Keerthy, carries the film on her shoulders all the way,  her expressions spot on, the consummate actor that she is. She brings the necessary gravitas to the role,  along with a certain vulnerability which hides a tough interior and never-say-die spirit.

Master Advaith does full justice to his role, adding to the eerie feel in several places.


The visuals of Kharthik Palani are another highlight, with the camera capturing the melancholy  the mysterious and the sinister all at once,  with the beauty of the hills and woods of scenic locations,  adding to the atmosphere of the film.
Santhosh Narayan's score adds to the overall effect.

The chills are on a high in the first half,  but a bout of gore is not for the faint hearted.


But on the flip side,  the story moves forward too slowly at several places,  taking away from the momentum of a thriller. When Rhythm is within danger in the lair of a dreaded suspect,  she shows no urgency in trying to escape.
Scenes such as taking the child to a crowded carnival and therefore possible danger, just after his return after so many years,  seems a tad forced , just to lead to the next appearance of the kidnapper. The otherwise intelligent mom,  doesn't think twice about such  a move,  without weighing the dangers involved.
The interrogation scene and 'game'with a suspect in the second half seems out of place.

The scene where her son, armed with a shard of glass, pointing dangerously with it at her pregnant belly, didn't seem in good taste and was better avoidable.
The use of a kids favorite like Charlie Chaplin, to represent a killer, leaves a sour taste somehow.

The supporting cast seems a tad wooden, just doing their bit on cue.
Watch out however, for a twist at the end ( does it really do justice to the build-up though?).

Watch the film for its rich making,  different setting and Keerthy Suresh's performance.