The Sulthan trailer released yesterday and the team of the film met the media.  Present were the cast and crew including Rashmika Mandanna and Karthi.

The film is directed by Bakkiaraj Kannan and produced by Dream Warriors', SR Prabhu.

Speaking at the event,  Karthi welcomed Rashmika to Kollywood. He elaborated," Her father in Coorg always loved Tamil films and she said that he will be very happy that she is finally doing one as they always used to watch Tamil movies. "

Rashmika earlier was part of  Dear Comrade which was dubbed in Tamil. This is her first straight Tamil film and she was excited to finally be a part of the industry. 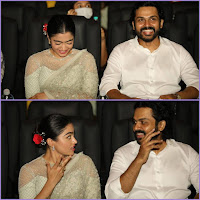 He added, " She would always be up to some mischief even when I was acting,  from behind the camera, on the sets. She has chosen well to do a village girl role as that will usually find a deep resonsnce with audiences instantly. From ploughing fields to milking cows she had to a lot of things in the film for the first time which she never imagined could be so hard! But Bakkiaraj Kannan has given her a strong, meaningful character which she has played well." 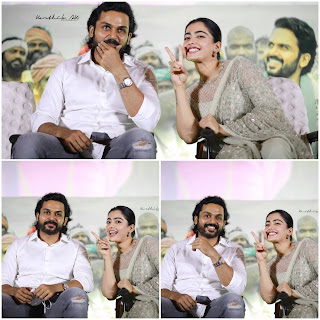 Rashmika is her speech said that she had found a good friend in Karthi. 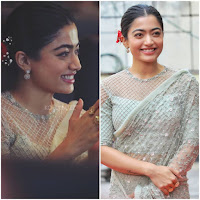 The film releases in theatres on April 2nd. 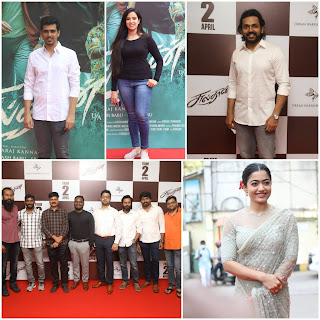