Kodiyil Oruvan is a mass action entertainer with Vijay Antony in the lead. The amma sentiment forms a strong base in the film much like  his hit film Pichaikkaran

Vijay Antony plays Vijayaraghavan an IAS aspirant who lands in Chennai, only to get entangled with the wrath of policticians and goons as he protects youngsters in a slum from their criminal network. 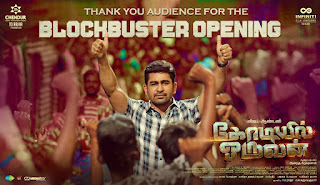 But despite the setbacks the baddies cause to him,  Vijayraghavan rises to become an MLA and manages to make a model ward.

A battle royale  then ensues between the good and the  bad. Mass dialogues and fights form highlights of the film directed by Ananda Krishnan.

Aathmika is the glam element. Political dialogues and racy fights are part of the package. 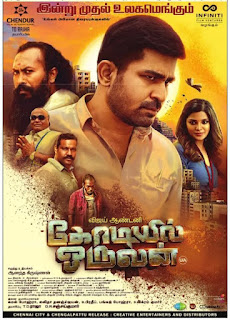 Nivas K Prasana handles the music.  The film is playing in theatres from Sep 17th.