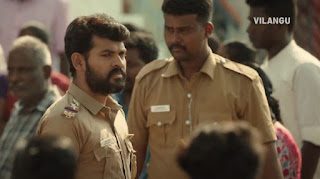 The cop thriller is set in a rural village where cop Parithi ( Vemal in a realistic performance, highlighting the good actor that he is) is stressed out handling cases at the station, while his pregnant wife ( Ineya) is nearing labour. To add to the chaos, a dead body is discovered in a forest, whose head goes missing at a crucial juncture.
As the pressure mounts on him from superiors and the public, Parithi must find the missing head of the decomposed corpse and solve the mystery in record time. In the meanwhile another body crops up. Does he succeed in this race against time? What is the mystery behind the murders? 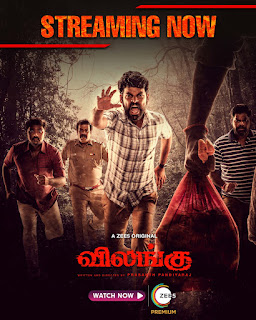 Kudos to director Prasanth for a  well- made series which shows  investigations in an interesting  manner. The screenplay and dialogues add to the suspense and pique one's interest, keeping the viewer well  immersed in the proceedings. 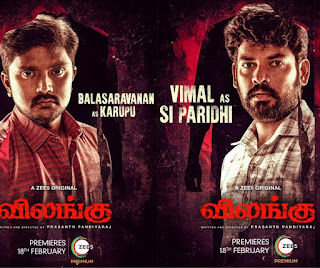 Munishkanth and Bala Saravanan excel  in different roles from their usual ones,  and the rest of the actors are well cast. The camerawork of Dinesh Purushottaman  is superb with various color palettes, Ajesh's music and editor Ganesh have all done a good job. Special mention must be made of the sound engineering, the muted tones are a refreshing change from the usual hi -decibel movie content and adds a touch of realism to the proceedings. 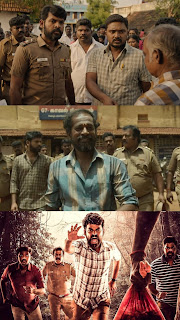 On the flip side are several scenes of custodial beatings. Too many character names emerging as suspects and in the storyline, take some getting used  to.
Thrills, emotions, suspense and good performances,  all make Vilangu a good watch.
Rating : 3.5 / 5
Vemal