Vaaitha, directed by Mahivarman CS has now released in theatres after an initial hiccup.

An elderly laundry worker, Appusamy (Mu Ramasamy)  has an accident, knocked over by a bike,  in his village. A local politico advises him to seek compensation from a father and son duo, who caused the accident.  But, seeing the victim belongs to an oppressed community, the duo seek to escape paying him. Instead of solving the matter, they file a bike theft case on him and his son ( Pughal Mahendran) leading to a long drawn out court battle and a list of added woes to the injured  Appysamy. Does caste pride and greed win over or is justice served? 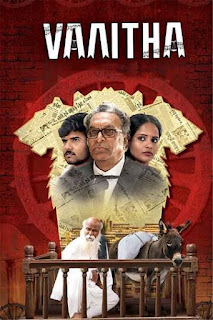 The presence of Nasser's character though,  doesnt really create the impact one hopes for. There is an added  romantic track between Powlen Jessica and Pugal Mahendran.

The performance of the main characters adds to the impact of the film.

Overall, Vaaitha, is worth a watch for the subject matter it deals with and the impactful performances which strike a chord.