Actress Sonia Agarwal is making her comeback in the Tamil movie industry with a substantial lead character in the movie ‘Grandma’. The film is produced by Jayaraj R and Vinayaka Sunil Kumar and is directed by Shijinlal SS.  Apart from Sonia Agarwal, Vimala Raman has also played the titular role in this movie, which has child artiste Pournami, daughter of producer Jayaraj is making her onscreen debut in Tamil cinema playing a prominent role in this movie. The film, which is a horror/survival thriller, is hitting screens worldwide on May 27, 2022. During this juncture, the crewmembers of this film interacted with press and media fraternity to promote the movie. 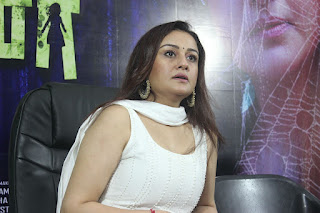 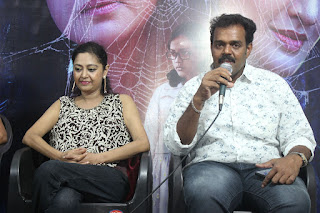 Actress Sonia Agarwal said, “Grandma is so special and close to my heart as the director has given a great role to perform in this movie. The film was indeed a challenging experience for me as I had to perform stunts, and it gave me a scope to showcase my potentials.   The film will be entertaining and engrossing for family audiences. I am sure they will enjoy watching this movie.”

Director Shijinlal SS said, “Grandma is a very special project to each and everyone in the team. I thank Sonia Agarwal mam for her complete and unconditional support towards this movie. She has performed stunts without any dupes. There were many challenging occasions as such, and Sonia Agarwal has nurtured her role with so much of perfection. Vimala Raman has delivered an impeccable performance in this movie. Child artiste Pournami has given the best of her potentials into this movie. I am confident that family audiences will enjoy this movie in the theatres.” While sharing her view about the hidden message in this movie, Sonia Agarwal said, “Grandma will have a hard-hitting message that humans are dangerous than ghosts.” 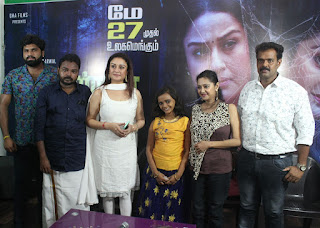 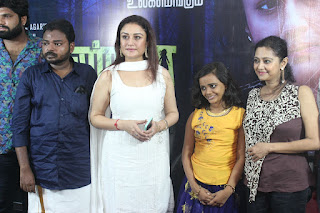 Producer Jayaraj said, “Grandma is finally getting released after coming across various challenging situations. Today, we are happy that the movie is getting released now. Sonia Agarwal, Vimala Raman and everyone in this movie have given an impeccable performance. I am sure that family audiences will enjoy this horror-thriller story laced with lots of gripping and engrossing moments.”