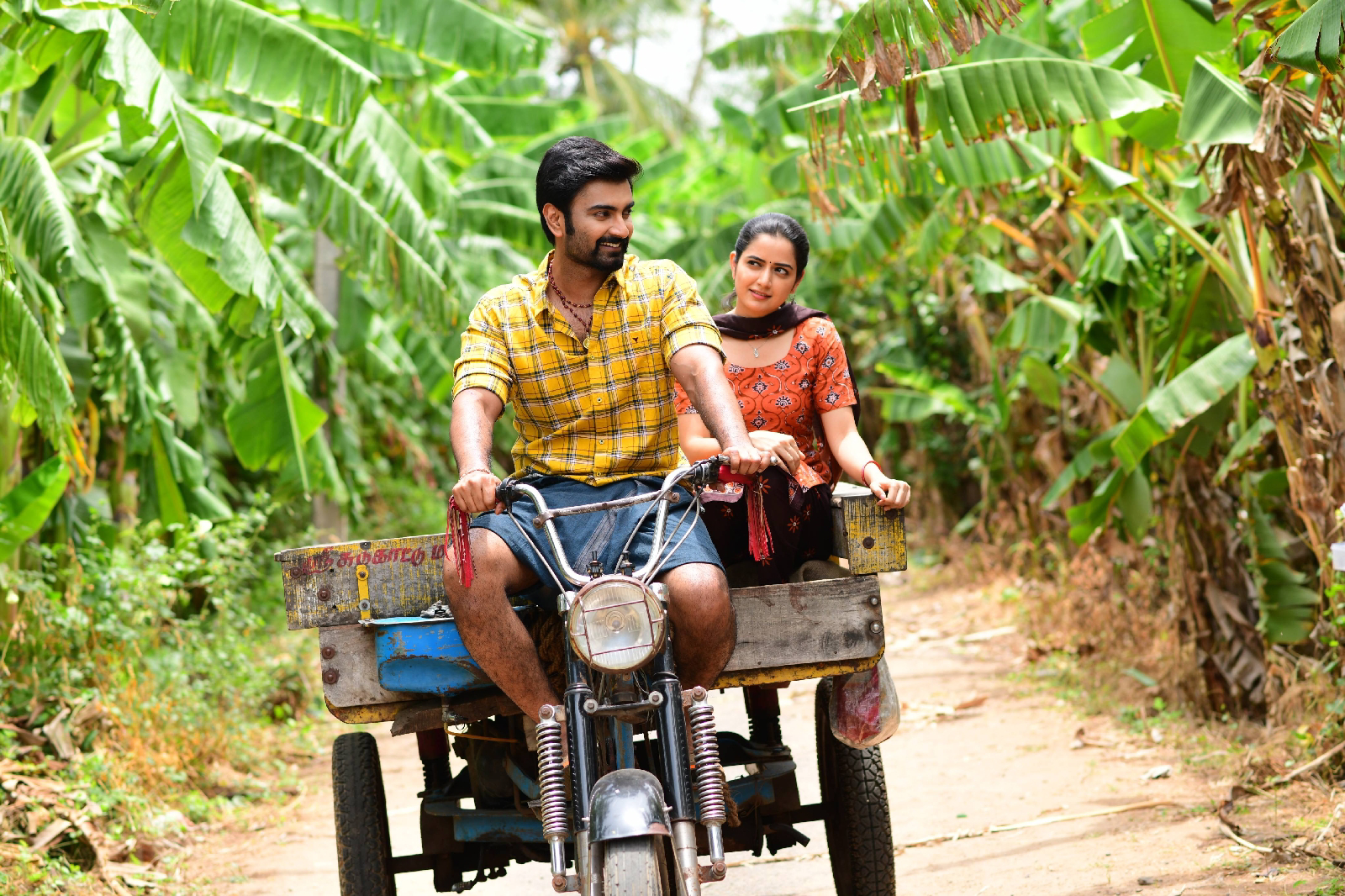 Raj Kiran plays Potthari, a village elder much respected for his contribution to winning kabaddi championships for his village all through his life.  He even loses his son ( RK Suresh) who dies in a freak accident during a match.  This leads to a rift between the widow ( Radhika) and grandson Chinnadurai ( Atharvaa) who leave the family due to a partition feud.
But as years pass by, the grandson yearns to be accepted by his family and when an opportunity comes to unite the family he grabs it. As a result, the men and boys in the family unite to fight a match with the village team, in order to clear a slur of betrayal on their family honor. Does the ill equipped, family win the match and prove themselves? 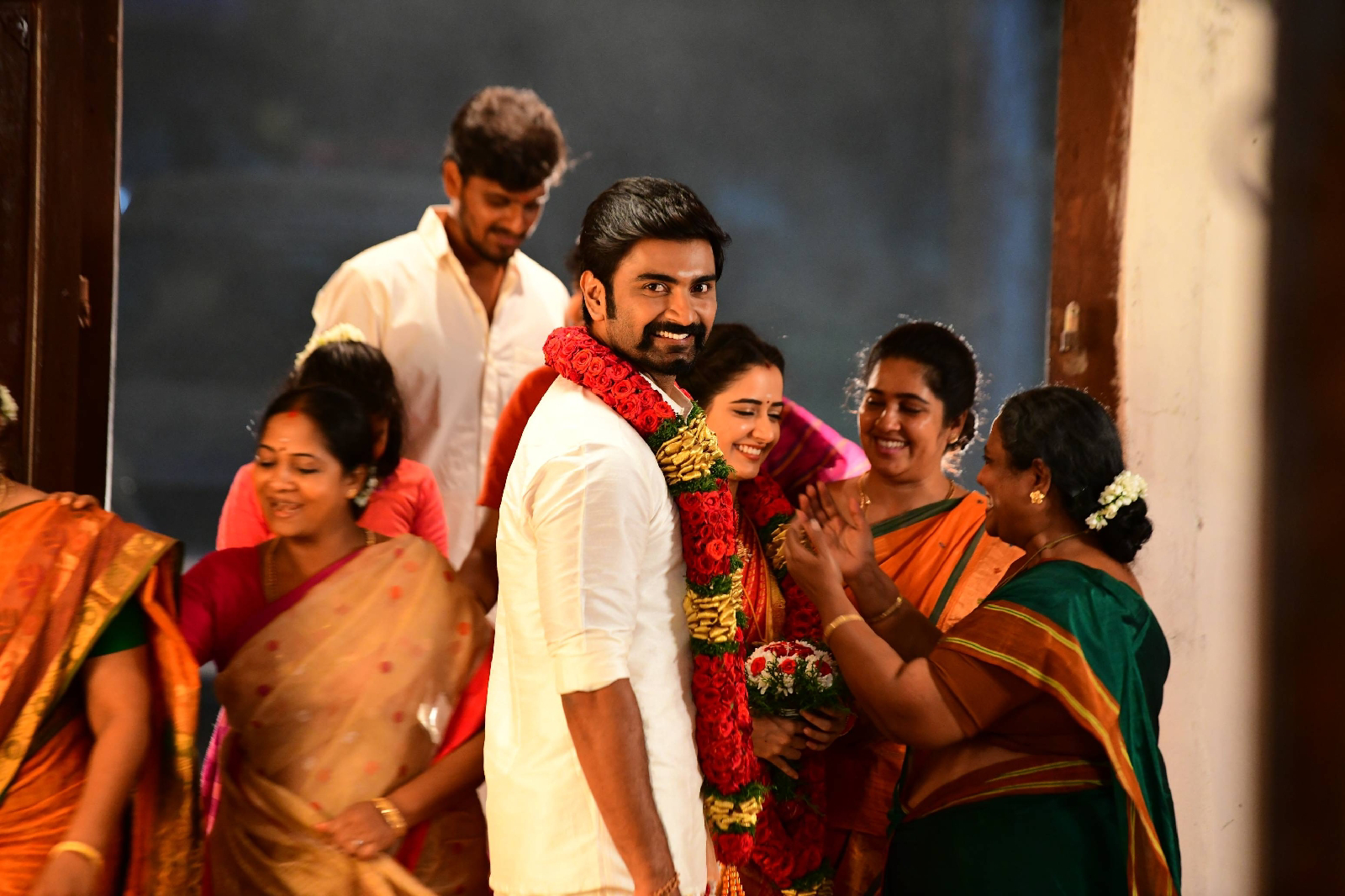 The film is mounted on a grand scale and the village scenes, traditions and customs as well as kabaddi matches are well captured.
Raj Kiran in a pivotal role breathes the role of a dignified elder torn between his family and love for the game. Atharvaa as the carefree youngster who takes on a challenge, is well cast and does a good job of it.  Debutante Ashika Ranganath as a kabaddi player and his pair, does justice to her portions. The members of the  large ensemble cast do their bit convincingly.
The bgm and songs Ghibran are rich. The screenplay moves, along at a steady pace. The Kabaddi matches are well executed to garner interest. 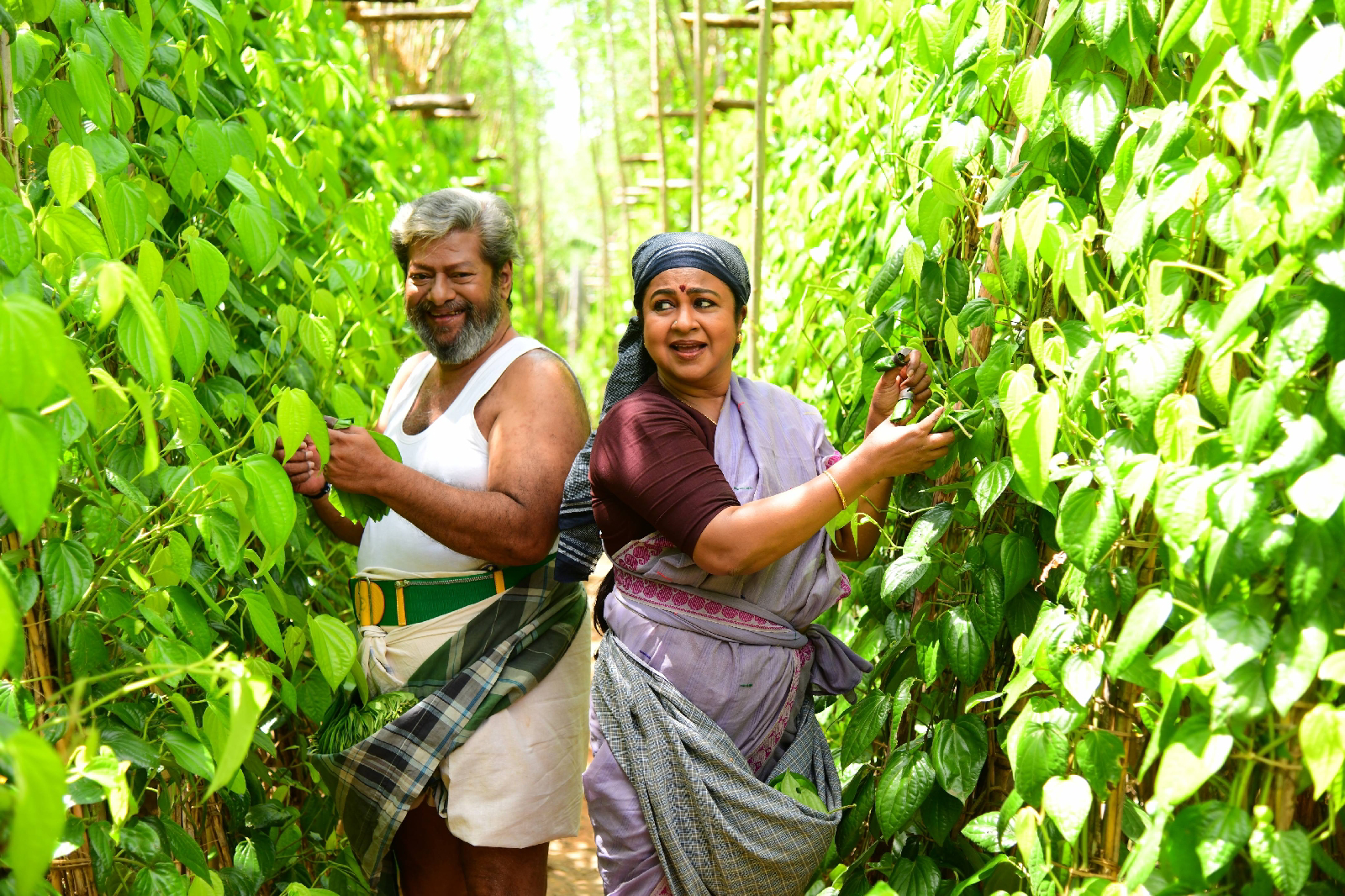 However, though the idea of a family playing a game together seems novel,  the reason for Atharvaa to take on a village to prove themselves by playing kabaddi seems a tad weak , all the more so when he himself has never played the game and the elders seem ill equipped to excel as well. 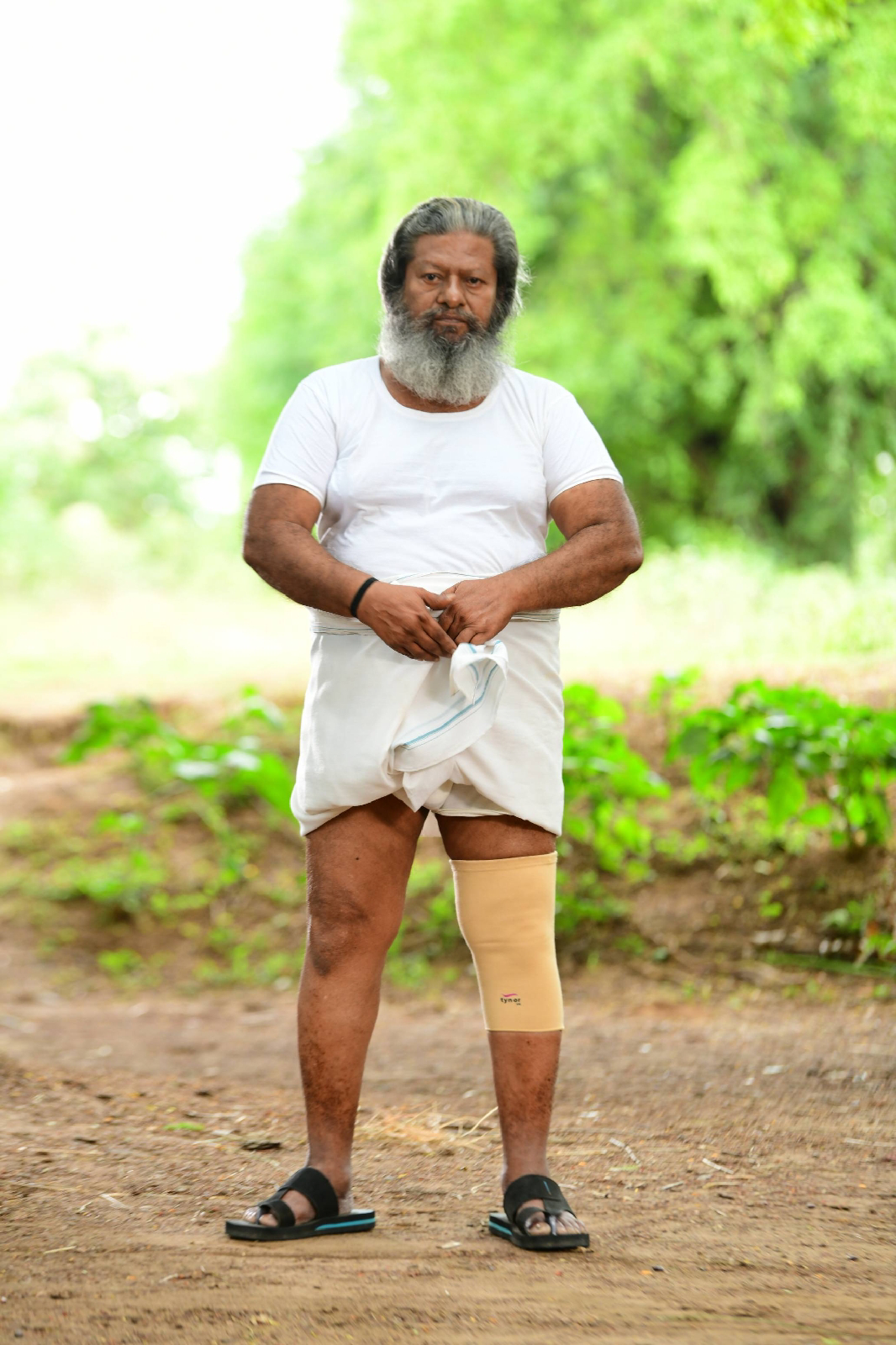 The scene where the heroine offers to enter the game by marrying the hero on the spot ( and also offers to remove the thaali after the match) is a tad surprising and seems conveniently added, to say the least. 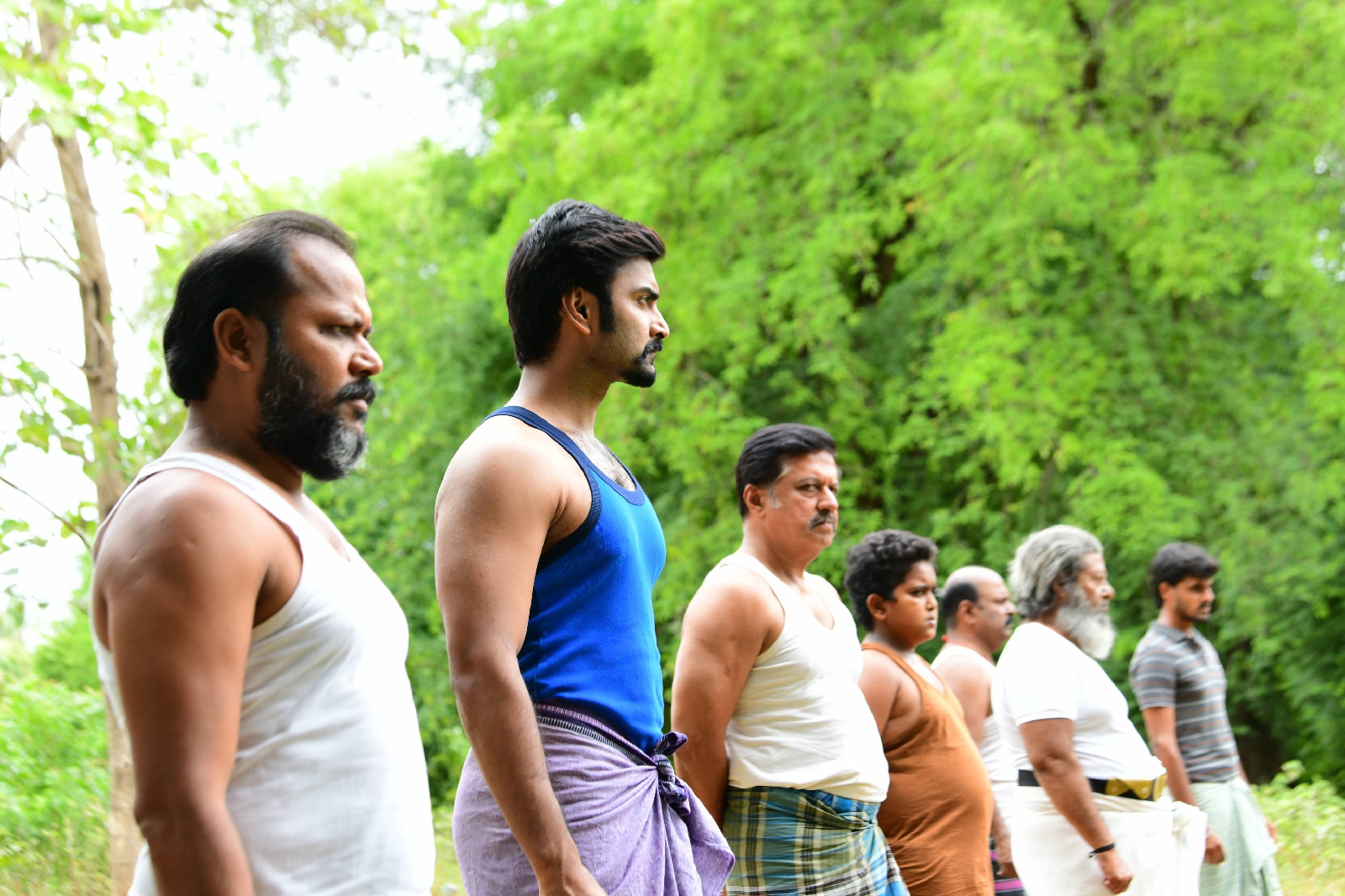 However, the director has ticked all the boxes to make a grand scale family entertainer with dollops of  emotions mixed into a sports drama to appeal to all age groups.