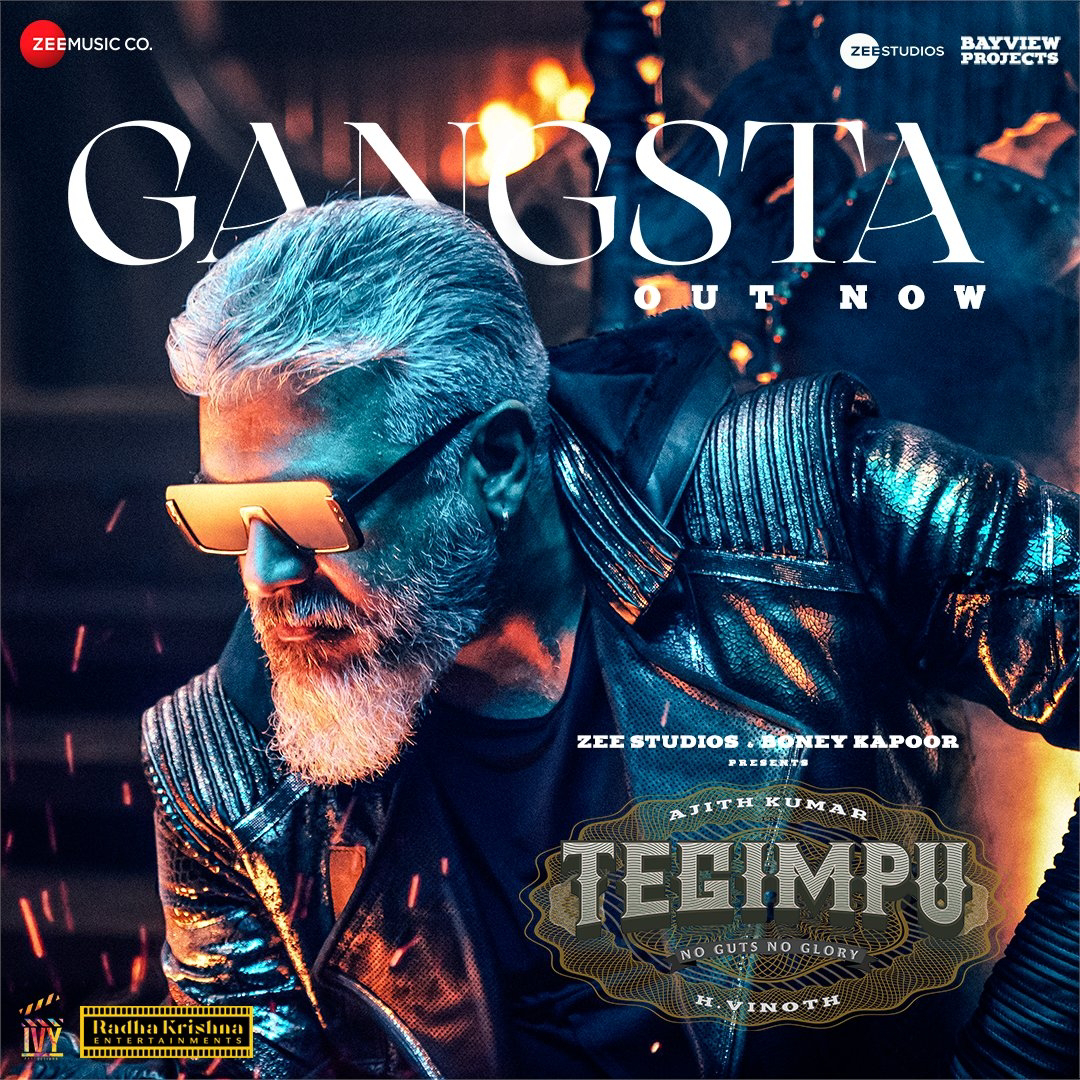 When a cop makes a plan to rob a bank via a team, the robbers get a shock when they discover the presence of another bank robber already inside before them. He is Dark Devil (Ajith Kumar) who is aided from outside by Kamini (Manju Warrier). He has much bigger plans than just robbing 500 crores and with his brain and brawn, forces the theives to join and help him succeed. When the commissioner of Police ( Samudrakani) takes charge of the giant heist case, he is stunned to discover the many layers that start peeling off. Dark Devil is more than what he seems and is after something much bigger. What is it that he is after and why? Does he succeed? 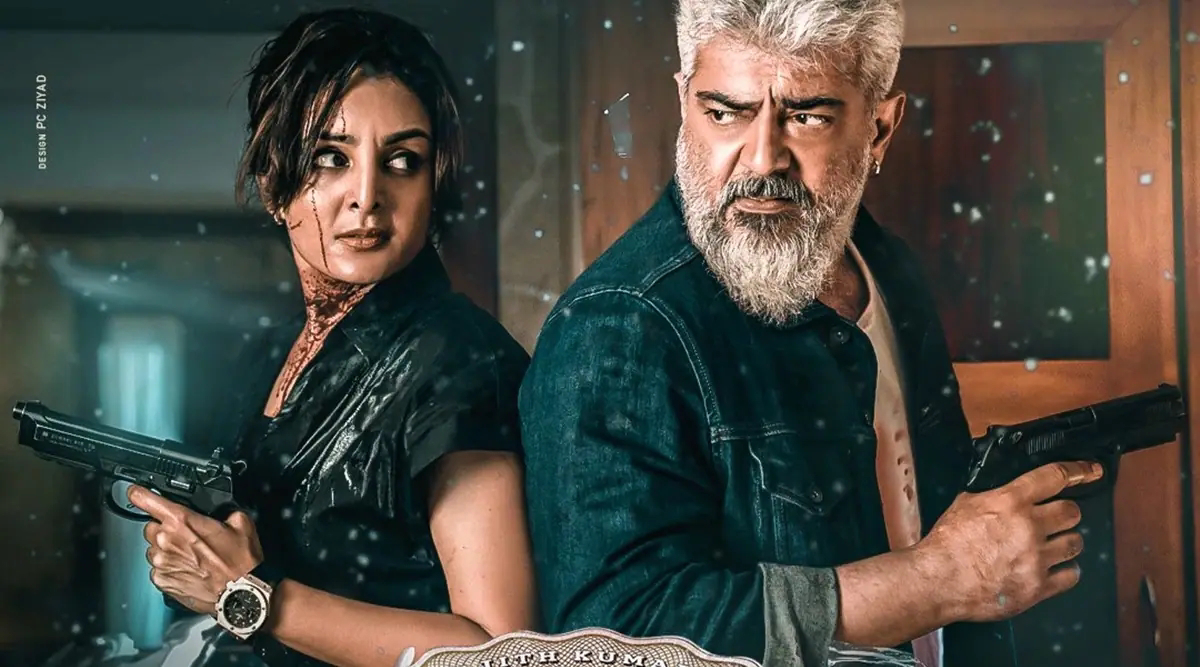 A bank heist story with a social message  in  H Vinoth's style, Thunivu is an Ajith flick all the way. The film seeks to justify the tagline No Guts, no Glory  from the word go. Mounted lavishly with large sets, big crowds, guns blazing, bullets streaming, bombs going off and a variety of villains from politicos to  corrrupt cops and bank officials (even media), the film is  racy and the screenplay moves in a fast and furious manner, keeping you rivetted to the screen so as to not miss out the sudden reveals and twists that are aplenty. 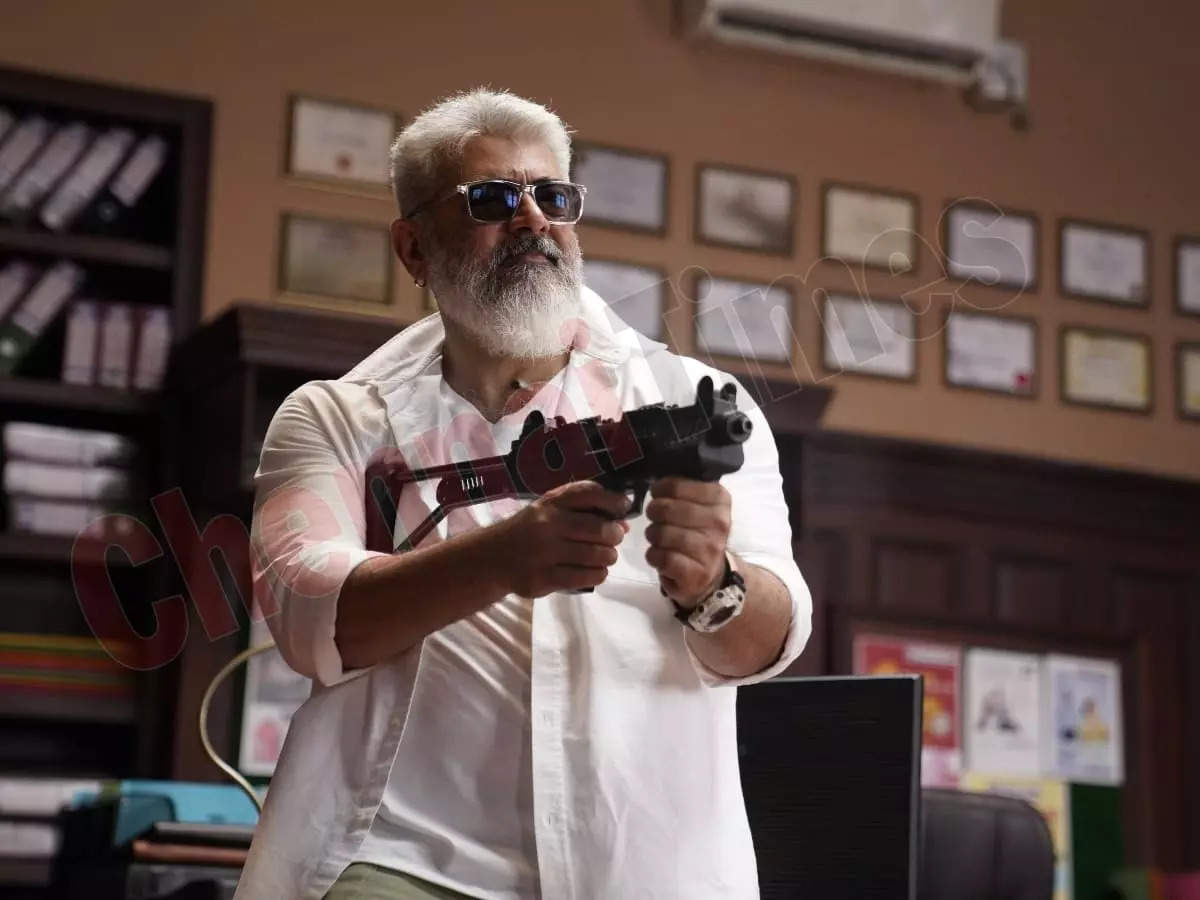 Ajith Kumar is the glue that keeps it all together, seeking to charm the audiences with punchlines, dance moves, mass action moments and typical Ajith swag which works big time.  Despite the gray shade to his character, Dark Devil is in this with a vengeance, in order to avenge an innocent's death and also alert the public to the dangers of bank frauds and the workings of the large network behind financial crimes, which Vinoth seems to have researched in detail. 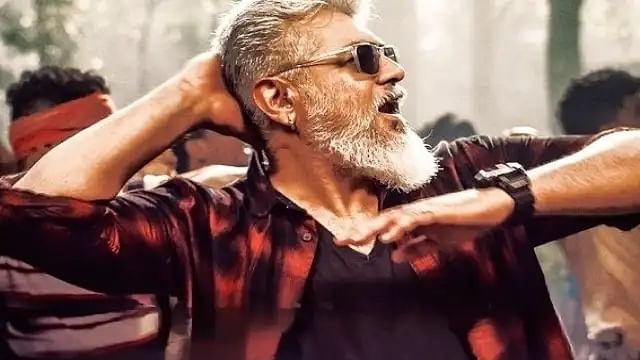 Manju Warrier suits her part  to which she brings credibility, and shines in the action scenes. John Kokken as the head honcho of the bank is well chosen and does a good job of it, as do the other supporting characters.

Ghibran's music  and the well- filmed and choreographed peppy songs add to the film while Supreme Sundar's action choreography is on a king size  scale and completely rivetting.

However, few over the top stunts scenes, logical loopholes  and death defying stunts (for instance, the accident and another against the large navy fleet in the climax) could have been better written. Also, crucial dialogues are spoken too fast and almost missed amidst the all- guns-blazing, full speed action.
Overall, Thunivu is an Ajith Kumar charm and swag show all the way, with H Vinoth's social message, grand making, good casting, music and mass action, interspersed with humor.