Ganesh Venkatram On How Bigg Boss Has Been Life-Changing

Actor Ganesh Venkatram admits that life has completely changed post his participation in Vijay TV’s  reality show, Bigg Boss, in Tamil, this year. “Where ever I go, I get mobbed! The love the people are showing for me has left me speechless and humbled. I never expected this kind of a reaction. Even after Thani Oruvan I have been mobbed. But the scale of the adulation after Bigg Boss is overwhelming !” says the tall and handsome actor. Citing an example of how life has changed, he says, “Just 2 days  after I got home from the show,  Nisha and I went to the Forum Mall in Chennai for some shopping. Within minutes I was mobbed!  I was surrounded by people pulling my cheeks, kissing me, complimenting me and showering me with their love.  This went on for around an hour. The crowd got so big that ultimately the security had to be called to help us  move out.” 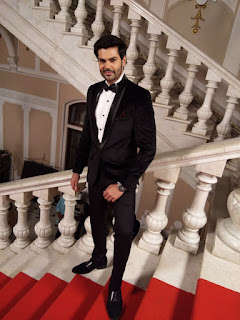 
Calls complimenting him about his successful stint on the reality show have been pouring in from industry friends like Jayam Raja, Karthik Subbaraj, Arivazhagan and many others. “Everyone tells me how happy they are that my true self was revealed on the show. Though I have been a part of the industry for 8 years and living in Chennai for several years now, this sort of acceptance has never happened. People somehow always had this notion that having grown up in Mumbai, I was a sort of outsider. Even in films, I felt I was getting typecast somehow. The beauty of Bigg Boss is that people have seen how I really am in actual life and they have come to accept me for what I really am.  It has bridged the gap between the pubic and myself. Having seen me for what I am on TV for so many days, the audiences tell me that they feel like they know me, like I am a house member now. Bigg Boss has been  life-changing for me.”
So what is it that the people have liked so much about him? “From the feedback I’ve got it seems like they observed that I was patient, kind, forgiving and dignified. They seem to appreciate my problem solving skills,” he elaborates.
Not only is he getting adulation and affection, he’s also getting film  and advertisement offers in abundance. “Lots of ad films have come my way after Bigg Boss, and people want me to inaugurate stores and attend functions. The film offers for different kind of roles are also coming in.” One of his latest projects post the show, is his second Malayalam film after Kandahar. “Director Roshni Dinakar called me up with  this amazing script which has 3 grey characters. I play one of them along with Prithviraj and Parvathi. We are currently shooting for the film titled My Story,  in Mysore but will later go on to shoot in Portugal.” 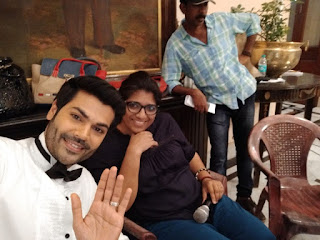 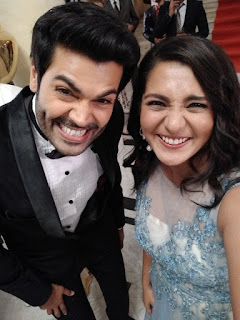 At an all ladies function that he attended recently in Chennai, Ganesh says he was mobbed by the women as soon as he entered the hall, “From kids to grand-moms, everybody wanted to talk to me. Some of them even wanted me to dance with them! All this love I am getting is completely overwhelming.” Fans on social media have been pouring their adulation on his timeline and recent photos of his latest shoot have received a barrage of compliments.
He is all praise for the audiences of Tamil cinema, “The wonderful part of the audience here is that no matter who you are and where you come from,  when they like you, they accept you and embrace you whole-heartedly.”