- August 04, 2018
The film is the launch pad of veteran actor Thambi Ramaiah's son  Umapathi Ramaiah and is directed  by the veteran actor himself. 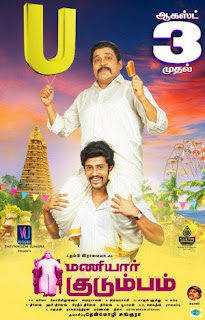 The story revolves around a father ( Thambi Ramaiah) and mom ( Sriranjini) who dote on their only son ( Umapathi). The family has fallen into bad times. As a result, when they go seek the alliance of Umapathi's atthai ponnu ( Mrudula  Murali ), they are insulted and refused by her father (Jayaprakash). The fact that the hero is also a wastrel with no aim in life, adds to his demerits in the eyes of Jayaprakash. 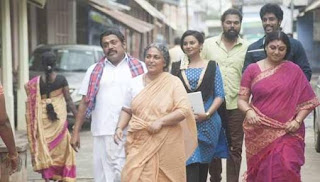 However, the dejected and angry hero, is encouraged  to turn over a new leaf by his lady love who is determined to marry him despite her father's refusal. How the family lands in trouble despite thier best efforts  and whether they succeed in coming out of their problems forms the story.

Set in a village, the film brings out ample slices of village life, but with a modern touch, The way the rural lives are changing is well portrayed and the director has tried to give a good message to society and the youth though not in a preachy way. 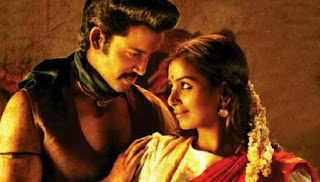 The tall and handsome  hero Umapathi does well in the emotional, comic, dance and romance scenes. Mrudula as the feisty girl brimming with ideas is well cast and it is commendable that she is not shown as the usual ' bubbly'  and air- headed heroine often seen in cinema.

Samudrakani makes a special appearance as a cop. The film is bound to appeal to family audiences especially in rural areas.
A large canvas with a big star cast, pleasant visuals, a sweet parents-child bonding and a  refreshing hero-heroine portrayal are some of the points in its favour.

On the fiip side, there are  several scenes with loud dialogues which are  jarring. Some scenes of  loud and repetitive  comedy with lenghty dialogues could have been avoided. The talented Vivek Prasanna though in a lengthy, could have been used better.

Overall the film is high on sentiment and family bonding  and  has a good message which the team has tried to portray in an entertaining manner.