- December 24, 2018
The Yash starrer KGF chaper 1 is roaring towards success in Pan Indian languages. Screens are being increased in many centres due to popular demand.The visuals of the film are a major highlight. Captured by the cameraman Bhuvan Gowda, directed by Prashant Neel, the smoke, haze, black and grey tones and sandy storms give viewers an idea of the terrible conditions the slave labour had to work in, in the gold mines  in the film.
In interviews to media, cameraman Bhuvan  Gowda revealed how hard the team had to work, "Every shot of KGF was captured with a shoulder-held camera. While many prefer using steady cameras, neither the director nor I was keen on it. I risked carrying the heavy camera on my shoulders, but that helped in getting some hazy shots, which were required for the film. There were times I used to run with the camera on my shoulders. During lengthy shots, I even developed wounds, but the pain was worth it." Drones were also used extensively by him. 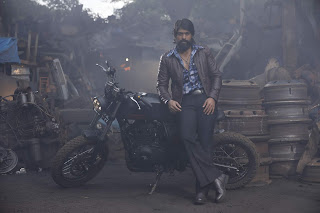 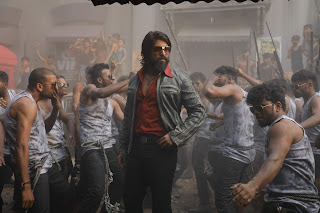 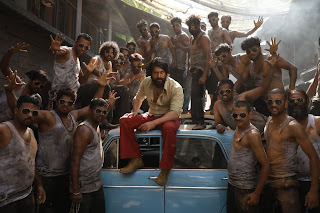 Giant sets were erected when they could not zero in on the perfect location for this shoot. Everyone worked in tough conditions and heat during shoot. Many a time only the light of a fire was used to shoot in certain places. Most shooting was done outdoors using special cameras.
Even during the night shoots, he  used lights only to commute and move around. In fact, all the lights were  switched off once the director said "action" on the giant sets. Gowda depended on firewood to light up many place and when he did not get sufficient light they burnt the shacks that were created for the shoot so that they could have enough natural light to film the scenes. Many filmmakers including SS Rajamouli have reportedly praised Gowda's work. 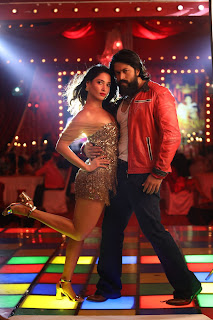 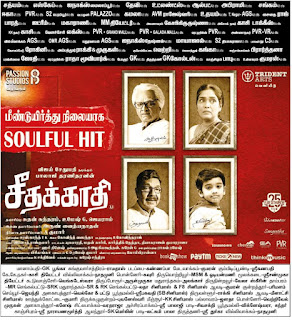